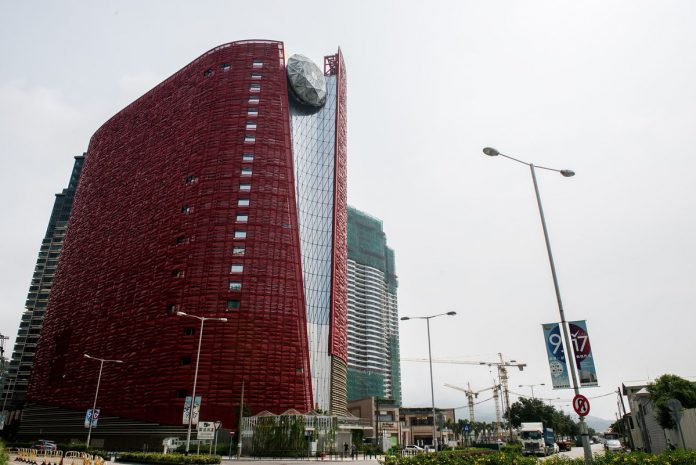 The 13 Holdings – the owner of the property in the Macau SAR – announced in a filing with the Hong Kong Stock Exchange that it was changing its name to South Shore Holdings in order to ‘provide a clear delineation’ between its corporate identity and its principal asset.

The under-construction Macau property has faced ongoing hurdles since building work began in 2013, with the delayed March opening overturned again earlier this year.

“Additional time was required by both the company and the valuer,” said a company statement. “The hotel opening, as at the latest practicable date, is expected to be on or before 30 April, 2018.”

Immediately following the announcement, Hung left his position stating he had “no disagreement” with the board, before transferring 82.5m shares to a company wholly owned by South Shore’s deputy chairman Tom Lau Ko Yuen.

Work on the 200-suite hotel halted in July following liquidity issues, before stopping again in October after South Shore’s (then The 13 Holdings) share value dropped 50 percent following a call for $129.2m in funding.

Intended to appeal to the Chinese VIP market, construction costs hit $7m per room, with a $20m fleet of Rolls Royces on order, despite recent Chinese government decrees restricting conspicuous displays of wealth.

While South Shore Holdings has stated that its intention of having a casino at The 13 remained, it acknowledge that it was “uncertain” whether the government would allow the opening of a gaming facility on the premises.

The company, incorporated in Bermuda, is understood at have been in talks with at least one of Macau’s six gaming operators about opening a casino at The 13.

In a 25 February filling, the company said it expects to operate a total of 66 tables, of which nearly a quarter will be for VIP play, with the remainder for premium mass.