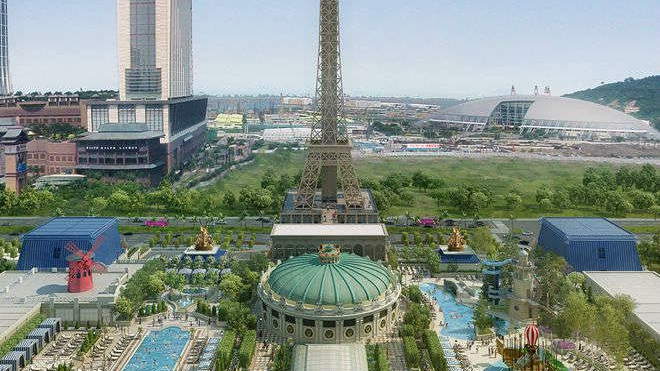 Sand Corporation’s Parisian Macao, the second of the latest wave of big-budget openings on the Cotai Strip, has been granted an upper table limit of 150 units – which are earmarked specifically for the mass-market.

[dropcap]I[/dropcap]n a move shadowing its treatment of the Wynn Palace Resort, the government of Macau has awarded the Sands Corporation’s soon-to-be-opened Parisian Macao property a total limit of 150 casino tables – which are to deployed exclusively for mass-market use.

The $2.7bn (E2.4bn) property, which constitute’s Sheldon Adelson’s latest venture on the Cotai Strip, is scheduled to open September 8 with an initial compliment of 100 tables. Sands will then be awarded a second contingent of 25 tables at the turn of the New Year, with a third and final instalment planned for January 1 2018.

Meanwhile, the Parisian’s gaming floor is set to play host to as many as 1,600 slot machines –according to a government source quoted by GGR Asia.

According to Macau’s secretary for economy and finance Lionel Leong Vai Tac, the decision regarding the Parisian’s table allocation was made within the confines of a government aim to restrict the annual growth in city-wide table count to 3 per cent.

Whilst there has yet to be official comment from Sands on its table allocation, previous press releases from the company stated that the Parisian’s casino floor would be designed for an upward capacity of as many as 450 live table games.

As anti-corruption and visa-restriction measures from mainland China have severely curtailed Macau’s VIP gaming revenues in recent years, the government of the SAR has attempted to force the hand of new tourist-facing investors into diversifying their properties. Steve Wynn’s new Palace venture opened (after some significant delay) last month with a max table allocation of 150 – well below the 400 the casino mogul had been aiming for. Meanwhile, last year’s big openings from Melco Crown Entertainment and the Galaxy Entertainment Group faired better – with both Studio City and Galaxy Macau Phase 2 each receiving 250 live tables.

In a recent note filed by market analyst Grant Govertsen of the Union Gaming Securities Asia, the latter concession was due to the fact that both properties “had a greater focus on family entertainment and non-gaming offerings.”

But with 3,000 hotel rooms, a water park, extensive retail and meeting space, 1,200 seater theatre and half-size replica of the Eiffel Tower (pictured), some observers could argue that it’s hard to see how the Parisian fails to meet the same criteria.

Nevertheless, Govertsen insists that given current political and economic paradigms, any number of tables “greater than zero is a positive for Sands China.”