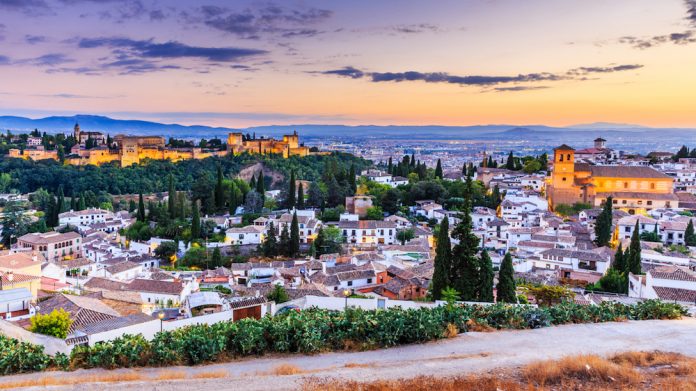 Cirsa, Orenes, and Novomatic have each submitted competing proposals for a licence to operate a casino in the southern province

Adalusia’s Minister of Finance and Public Administration has welcomed the participation of three major operators in the bidding process for a new casino in Granada.

María Jesús Montero stated that the expressions of interest the regional government had received were “good news”, and confirmed that the licence would be awarded between April and May this year.

Responding to questions from local media, Montero emphasised that the project would see the creation of at least 200 direct jobs and would expand the province’s tourist offering.

“While Granada [will] not have the facilities of a casino resort it does have quite a lot to offer,” explained Warwick Bartlett, CEO and founder of Global Betting and Gaming Consultancy (GBGC).

“Granada benefits from both a winter and summer season for tourists. In summer tourists visit the unique Alhambra Palace, and the cathedral. The atmosphere is quite intoxicating and pure because of the altitude, it is a beautiful city and tourists are known to spend a few days there.

“Add to this the winter transformation into a ski resort in the Sierra Nevada mountains, and a local population of 230,000 people a well-managed and architecturally pleasing casino should be a success.”

In May 2017, the details of the public tender were published in the Regional Government’s Official Bulletin. Potential applicants will be awarded extra points based on the overall architectural vision of the project and the number of jobs it will create, while the operators’ experience in the sector and whether a company is located in Andalusia for tax purposes will also be taken into account.

The minimum requirements for the tender stipulate that the new casino should have the capacity to host at least 500 people and occupy at least 700sqm.

The Andalusian Autonomous Government received three proposals from Cirsa, Orenes, and Novomatic following its call for tenders which closed on 26 August 2017.

Of the three companies, Cirsa’s proposal is the only one to be situated in the city centre, with the company partnering with the four-star Hotel Camino de Granada. This project would see a €9m investment and would create a casino with a floorspace of 1,800sqm within the hotel property, in addition to a 1,200sqm event space.

Meanwhile, Orenes and Automáticos Canarios have jointly proposed a €6.2m project at a site situated on the Armilla highway.

However, media reports suggest that the project could be at a disadvantage compared to the other two applications since it does not include hotel accommodation. The company reportedly plans to form a “strategic alliance” with the Barceló Granada Congress hotel to compensate for this.

With an estimated finishing time of seven months, the development would include 74 slot machines, 12 gaming tables, and a sports betting area, along with a restaurant, bar, and event space.

Novomatic has partnered with the operator of El Capricho leisure complex in Monachil, a municipality situated eight kilometres from the city of Granada, and home to a popular ski resort. This proposal would reportedly include a casino capable of hosting 1800 people and an art gallery.

“[Novomatic] knows everything there is to know about the world of casinos,” said Gregorio López, the owner of El Capricho, speaking to the gaming media.

“My facilities are ideal [and include] a four-star hotel and restaurant, a swimming pool, spa, [and] event space.
“I think it is a perfect and unbeatable proposal for the magnificent casino that Granada deserves, and one which could be accomplished in a very short time.”

When El Capricho was built in 1999 it was originally planned that the complex would include a casino, and López suggests that the fact that the pro- posed new venue will be situated within a pre-existing property would significantly reduce development times.

“Everything is done already,” he continued. “[There is floor space within the complex] which was created with the intention of hosting a casino, over the years we have occupied it for celebrations and events, but everything is ready to go.”