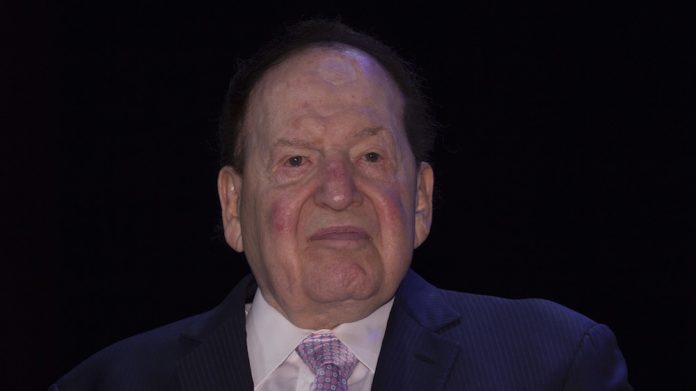 Sands’ CEO Sheldon Adelson suggested that the company could be a shoe-in for a new local-facing integrated resort in South Korea, while the company’s properties in Macau and Singapore helped boost its first quarter results.

Las Vegas Sands Corp reported a 202.7 percent surge in profit for Q1 2018, driven by a strong year-on-year performance from its operations in Asia.

Sands’ Q1 success was driven by its properties in Macau and Singapore, which both posted double-digit percentage growth.

“Our cash flow generation continues to be strong and predictable. The structural advantage from our scale, critical mass and product diversity was on full display in our strong financial results,” said Sheldon Adelson, Sands’ chairman and CEO.

“The robust growth in the mass market in Macau continued during the quarter and the secular growth in Chinese travel and wealth creation together with enhanced transportation infrastructure bode well for future growth.”

Sands China posted total net revenues of $2.16bn in Q1 2018, up 17 percent when compared to S$1.84bn for the first quarter of 2017.
The company registered an increase in revenue across all of its local properties – The Venetian Macao, Sands Cotai Central, The Parisian Macao, and Plaza Macao – with the exception of Sands Macao.

In particular, revenue generated by The Venetian Macao was up 20.1 percent to $716 m when compared to the same period a year before, while revenue from The Parisian were up 19.5 percent on 2017 at $291m.

“We grew by an exceptional 35 percent in premium mass when compared to the prior year, and our retail mall sales grew by 33 percent over the prior year, with each of our four malls delivering strong growth,” Adelson continued.

Sands’ CEO affirmed that the company’s commitment to further reinvest in Macau “is not limited to The Londoner”, adding that “many other significant capital projects are taking shape” which “will greatly bolster growth prospects in the year ahead”.

The company has several projects are in the pipeline, including suite additions to The Parisian Macao, the renovation of VIP gaming areas, and the development of two luxury hotel towers immediately adjacent to the Four Seasons and the St. Regis properties.
The firm also plans to double the number of junket VIP rooms at its Macau properties from 11 to 21 by next year. “We want to grow our junket business,” said Sands president and COO, Rob Goldstein. “We should do better.”

Speaking during the company’s earnings call, Adelson suggested that Sands may invest in South Korea, where the government is reportedly considering a second “nationals visitation casino in an Integrated Resort”. “We think we’re also number one in that line. And Korea could be real,” he concluded.