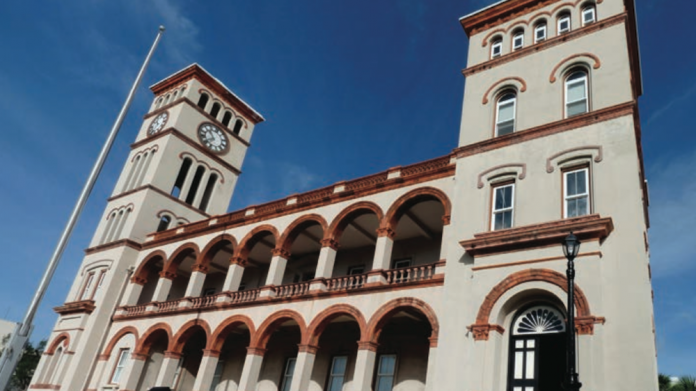 Bermuda’s minister of tourism, Jamahl Simmons, has confirmed that his department aims to introduce regulations for casino gambling as soon as possible, while blaming former Gaming Commission members for delays in the process.

While Bermuda’s tourism minister has stated that his department is committed to fast-tracking regulations for casino gambling, former executives of the country’s regulator have raised concerns regarding the government’s handling of the process.

The minister of Economic Development and Tourism, Jamahl Simmons has blamed past members of the Bermuda Casino Gaming Commission (BCGC) for delays which created a “stumbling block” to finalising regulations.

“Under new leadership, the Bermuda Casino Gaming Commission is working with the Attorney-General’s Chambers, via my ministry as the instructing government body, to ensure that these regulations are enacted without further delay,” Simmons stated, in a speech before the House of Assembly on 5 March.

“In fact, the Attorney-General’s Chambers and the commission have agreed that for expediency and without sacrificing due diligence in the drafting process, the prudent way forward would be to complete the drafting and enactment of the regulatory package, under the negative resolution procedure, in three phases.”

However, Alan Dunch, former BCGC chairman, contended that the “real stumbling block in terms of moving matters forward was beyond the curtilage of the com- mission itself”.

Speaking to local media, Dunch stated the commission had completed its work a year ago and expressed surprise that it had taken the government so long to proceed, adding that the suggestion that progress had stalled under his chairmanship was “puzzling at best”.

“With the exception of the phasing suggestion, there is nothing new in the detail provided by the minister and, indeed, one is left wondering why it has taken a further eight months to progress work that was in effect completed almost a year ago,” Dunch argued.

Meanwhile, Cheryl-Ann Mapp, the new chairwoman of the BCGC, said last month that the regulator had consulted with its international counterparts for advice on alternatives to the island’s three banks, none of which have yet agreed to become involved with the industry.

Dunch had previously warned in November 2016 that it would not be possible to establish a casino industry in the country without the support of the local banks.

He claimed that Bermuda’s banks had already told the government they “won’t bank the casinos”, while correspondent banks for Butterfield and Clarien had indicated they would need to be satisfied the island had sufficient anti-money-laundering controls in place.

On a similar note, Richard Schuetz, former executive director of the BCGC, has claimed negative global publicity surrounding recent amendments to the Casino Gaming Act would deter the correspondent banks and their approval was necessary for local banks processing US dollar transactions.

“Any correspondent bank would do due diligence on Bermuda and I doubt that the newspaper and magazine articles over the last year would help the cause,” he stated.

In his resignation letter, Schuetz raised concerns that the government’s mishandling of the introduction of casinos – such as the failure to develop an anti-corruption infrastructure and an adequate AML framework – could damage Bermuda’s international reputation.

“The most dramatic truth about Bermuda is that its economic engine is dependent on maintaining a strong reputation of integrity and ethics in its banking and financial sectors,” he wrote.

“I am firmly convinced that this reputation will be subjected to considerable risk if this country continues down the road to introducing casinos.”