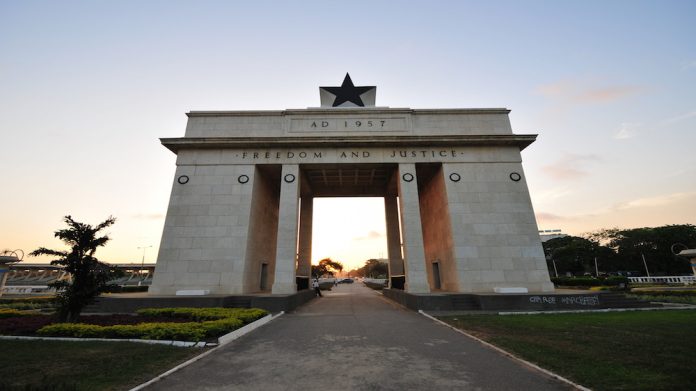 Whilst the Accra Marien Drive development may be a long way off, the revitalisation of the project earlier this year stands as testament to the unignorable progress being made in the West African nation of Ghana.

Due to the current size of the market South Africa is not likely to be superseded at the top of the continent’s casino pantheon any time soon, but the competition for second place is one of the most intriguing storylines in the region.

Ghana, centered around its capital city, and premier gaming hub of Accra looks set to make the most compelling case for this position in the coming years with programmes of economic development, gaming regulation and both internal and external tourism drives all aligning under a governmental vision not 18 months old.

Just this month Ghana’s minister for trade and industry, Alan Kyerematen, commented that the Akufo-Addo government was as committed as it has ever been to building a national economic framework that is resilient and robust enough to grow the private sector and remain attractive to outside investors.

He added that this is key tenet of the government’s vision for “Ghana beyond aid” a socioeconomic roadmap for establishing the nation as an independent place of business, investment and market profitability.

“You know and have seen the good work of our government as we have worked and continue to work on the fundamentals of the economy because we believe that an improved macro- economy is a basic requirement for stimulating the investments we need for the rapid expansion and growth of the Ghanaian economy, and the generation of wealth,” he said.The government’s prudent economic management in its short reign has seen the economic growth move above its initial target of 6.5 percent to 8.5 percent in 2017, a notable increase the 2016 rate of 3.6 percent and represents the highest such recording in the past six years.

“We are also putting in place strong measures to increase revenue mobilisation, by plugging leaks and reforming the existing tax exemption regime,” he added.

These figures surprised many in the international market, most notably a New York Times report said in March : Projections currently suggest that Ghana’s economy will grow from between 8.3 and 8.9 percent in 2018. We took a look at the macro-economic situation of the Ghanaian economy and suggested that the country was set to get back on track following a tough year in 2016; the reality is that this estimate may have been too conservative.”

With this growing economic stability and subsequent prominence on the world stage a number of high profile projects are being either mooted or undertaken in order to increase the market’s contribution to GDP.

Former President John Dramani Mahamabelieves that any boost to this crucial sector “calls for greater interdependence among our countries”, singling out Nigeria and its nearby capital Lagos as a prime partnership candidate.

The plan must, therefore, not focus only on what new tourism facilities to develop, but how to ensure that the State is attractive to tourists- improved and well-developed quality medical services, enhanced transportation services, high speed mobile and data services, and guarantee the security of the people,” he added.

During his time in office Mahama helped introduce the Tourism Act, Act 813 to begin a new direction for the market segment. That law provided, among other facilities a tourism development levy to support the development and promotion of the sector in order to help it become self-sufficient and provides assurance for its continuous development.

“Before leaving office in January 2017, for those of you who know Accra very well, behind the Black Star Square, stretching from our old seat of government, the Osu Castle, we completed arrangements for a massive tourism development project we call the Accra Marine Drive Tourism Investment Project,” he added.

“That whole stretch of land along the coast we call the Marine Drive is to be developed into a world-class, beachfront tourism enclave that will meet the needs of business and leisure tourists. It will also make Ghana an attractive tourism destination in Africa.”