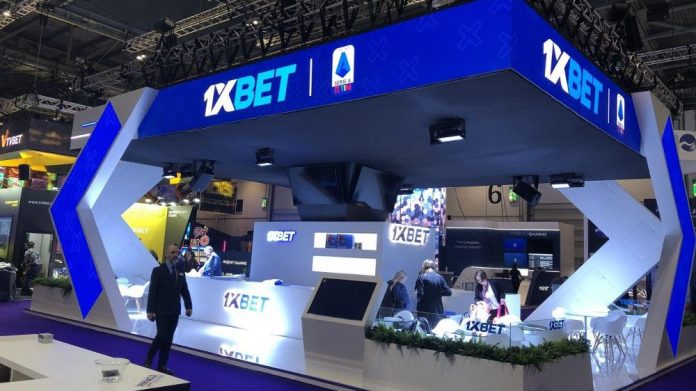 After sponsoring one of the most exciting Counter Strike events of the year, the 1xBet team spoke to Casino Review about the vast potential of a strong relationship between esports and bookmakers, which it believes complement each other perfectly.

Casino Review: Just how much potential does 1xBet see in the esports market? Are sponsored events, such as the Counter Strike match 1xBet sponsored last month, one of the keys to unlocking it?

1xBet Team: The potential of esports in betting is really fantastic. Nowadays about 40 percent of the world population plays games, and this is a giant figure. This globality is also felt in the sphere of gambling. We see the interest of the audience, also thanks to such projects as the Counter-Strike exhibition match between the NAVI-2010 and NAVI-2020 teams.

1xBet was involved in the organization of this game, and the results exceeded expectations: more than 900,000 unique users watched the stream of this match. Especially for the event, we launched a special campaign where players could bet on the possible outcomes of the game. Such events demonstrate how popular esports are, with strong followings for heroes, idols and iconic teams. Thousands of fans were waiting for the return of NAVI-2010 and 1xBet helped make it a reality.

Nowadays esports and video games are the main hobby for many people, inspiring excitement and lots of emotions. Not everybody succeeds in esports, but all players still follow the competitions and support their favourite teams. The task of 1xBet is to give fans even more thrills from the victories of their favourite teams. It’s always interesting to follow the esports stars, but excitement increases exponentially if you also make the right prediction.

CR: In what other ways do 1xBet gain exposure in esports? Are affiliates just as important as they are in more traditional sports betting?

1xBet Team: Currently 1xBet has sponsorship agreements with NAVI, Cascade and other teams. We are making investments that help teams showcase their talent at the top level and make esports an even more massive phenomenon. We’ve had only positive experiences working with esports brands: we love their attitude and innovative approach. In their enthusiasm we recognize ourselves, because in the gaming field success comes to those who are ready to innovate and surprise..

The help of affiliates is also worth mentioning. They play a pivotal role in promoting esports as an opportunity to earn money on bets.

The spring pause in sports has prompted many affiliates to experiment with esports. We gladly welcomed this enthusiasm and helped our partners to adapt to the new conditions. The result has pleased both parties, because esports content and promotions have attracted a lot of interest from the public – and we’re not only talking about interest from esports sites, but also from sites about various other subjects.

CR: How important has esports become to 1xBet’s big picture in recent years? Has this accelerated in recent months?

1xBet Team: Esports worthily occupies a high place in our priorities. 1xBet always keenly watches the popularity trends and special interests of the youthful demographic. Esports is now one of the important sectors – one that bookmakers simply cannot ignore.

If in some sphere we see the potential for development, we always come up with new ideas and suggestions. During our 13 years of experience, many bold ideas have been realized: conspiracy theorists can bet on the appearance of UFOs, science fiction fans on the launching of missiles to Mars, and esports fans on tournaments with their favourite games.

During the last few months, the interest around esports has increased. There were several reasons for this, including a pause in most other sports. At the same time a number of big tournaments in esports were held online. All this attracted many fans, plus newcomers looking to learn more about the esports competitions.

1xBet Team: We are always ready for something new, and if there is an opportunity for collaboration with game developers, we will consider it with interest. We’re sure that 1xBet will continue to find new and exciting ways to interact.

Nowadays there are a lot of enthusiasts in the world who create, with limited budgets, games that are real masterpieces. With our partnership, such projects would be able to fully realize all their ideas and would further delight thousands of fans. We believe that bookmakers and gamers complement each other perfectly.

CR: With technology being a huge driving force behind the advancement of esports, how bright is the future of esports and what developments – tech or otherwise – are 1xBet most looking forward to?

1xBet Team: A new generation of gaming consoles – PlayStation 5 and XBOX Series X – will be released very soon. This is a great event for video game fans, because the new consoles are much more powerful and will allow you to create incredible gaming worlds. It will be interesting to see what enhancements have been made.

In turn, developers could get some ideas for game mechanics from us. For example, in many games you can open cases, game sets, or even buy exclusive items with real money. These mechanics are very popular with players and are becoming prevalent in many games, including esports disciplines.

And, we have no doubt that there will be even more esports competitions, across varied disciples, at the best arenas around the world. We will be glad if 1xBet can contribute to many more top events from the world of esports – and further grow the large army of fans with whom we love sharing the excitement, thrills and victories.