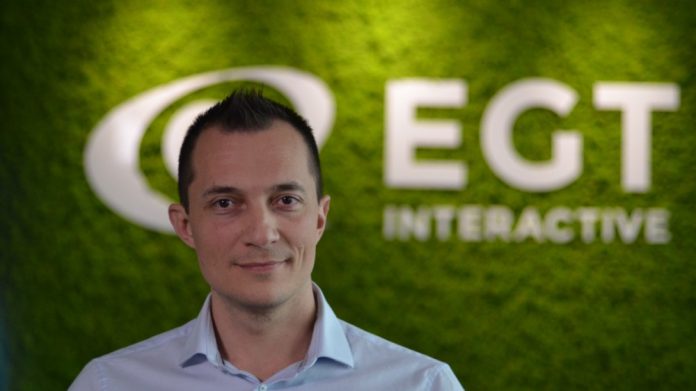 Launching its first online game to be developed entirely from scratch, EGT Interactive has seized the opportunity to fully express its creative side, with Senior Product Manager Yordan Georgiev explaining how 20 Golden Coins improves on the classic-style fruit game with beautiful design and game-changing features.

Casino Review: How excited are you to be launching the first game to be developed from start to finish by the EGT Interactive team? Has it been a rewarding experience?

Yordan Georgiev, Senior Product Manager at EGT Interactive: Yes, it was a great experience, and the team really enjoy it! The process of producing a new game from scratch is giving an opportunity to everybody involved in the process to be creative.

Over the last few years, EGT Interactive has grown a lot. Therefore, in 2020 we decided to kick start something new. It was quite challenging to make a new game from scratch, and it is definitely more time consuming than the translation of existing assets from land-based. In addition to this I would say that we are very excited about the launch and I hope all the efforts to be appreciated by our players.

CR: What was EGT Interactive’s initial ambition for 20 Golden Coins? Do you feel that this has been achieved?

YG: I believe we achieved it. The initial ambition was to improve the classic fruit game with cool features. And we did it, 20 Golden Coins new features are mystery nudge, piggy bank and ambient music and attractive coins in addition to the classic symbols.

CR: What is it that makes 20 Golden Coins special? How do you expect players to react to the game?

YG: We developed 20 Golden Coins for players who love classic fruit games. We added idle background animations, fancy ambient music, and a mystery nudge feature trying to bring more excitement for the players. It is a classic fruit slot with 5 reels, 20 fixed lines and modern vision. Apart from the classic symbol, we have 2 bonus symbols: Golden coins with different monetary values. The higher the bet, the higher the values.

CR: Were there any particular challenges that EGT Interactive faced when developing the game? What was the key to overcoming these challenges?

YG: Initially, we had an idea of what we suppose to deliver as a game and features. However, during the implementation phase, we had some cases that weren’t 100 percent covered in the design phase. Therefore, we had to take quick actions and decisions to keep the deadline without risking the quality. We had a lot of back and forth between design, sound, implementation and the product team to achieve the final result. This was something new for us, as till now we had the game ready in land base and we just needed to transfer the behaviour to the online.

CR: In which markets do you expect 20 Golden Coins to excel? Are you expecting the game to have an instant impact?

YG: We hope that the game to be a hit in every market we operate. As soon as players start playing it, they will feel the modern sense. We are eager to see the achievements of 20 Golden Coins.