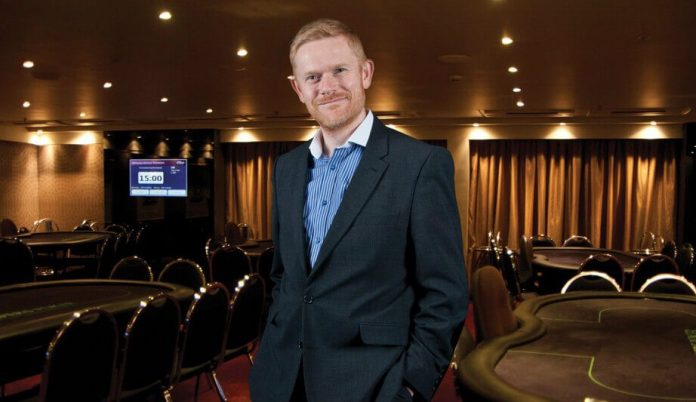 [dropcap]I[/dropcap]nternational Casino Review: Aspers has expanded to take up the final available UK casino licence in Southampton. How significant do you view this development to be? And how are plans shaping up?

Richard Noble: It’s very significant for a couple of reasons. Firstly, the Southampton licence is the last remaining large licence available under the UK’S Gambling Act 2005. Next, it was won by way of a very competitive pitching process – so it has been a real endorsement of the Aspers’ model that we were lucky enough to be chosen by Southampton City Council. Third, with only three of the eight large licences awarded since 2005 actually being operational, it is important to the industry that we demonstrate how large licence casinos can be positive contributors to the local economy: how they can create jobs and local wealth and can help stimulate economic growth. It helps enormously that we operate two of those three licences – in Stratford and Milton Keynes – so we already have a track record of delivery that can be observed first hand. As to the plans, they’re very much in their infancy as far as opening is concerned, but the local council’s redevelopment blueprint – in particular the plans for Southampton’s Royal Pier Waterfront – are tremendously exciting for the city. We’re very pleased and honoured to be a part of it.

ICR: Does Aspers plan to approach the development of the Southampton venue in the same way as its other UK properties? Or will its size or location necessitate a new approach?

RN: We have a model that is proven to work, which is high volume, low spend per head across all leisure customer demographics within beautifully appointed casinos. We won’t be straying too far from that tried and tested formula. Part of Aspers’ DNA though is to strive for continual evolvement and innovation, so we’ll be taking lessons from our other properties and incorporating them into the Southampton design. Location and market demand ultimately plays a large part in product mix, and we’ve found that providing a flexible gaming space, so we can move product around and create specific zones, has proven very beneficial to our customer experience. This is something we will be looking to build into the Southampton footprint as well.

ICR: What do you gauge to be the current health of the UK casino trade? Have there been any signs of progress with regards to legislation in the last year or so?

RN: According to data from the UK Gambling Commission, attendance has been increasing year-on-year for the last five years, as has casino win. But I suspect that this is mostly due to the big openings of our casinos – as well as the Hippodrome in London. The story may not be so good in some other parts of the country. Unfortunately there has been no progress in legislation for the casino industry. We remain hopeful that the Government will consider the harmonisation of 2005 Act and 1968 Act licenses, which would enable additional slot numbers in the not too distant future. Portability of unused licences or the creation of new licences would certainly be welcomed by Aspers as we’re looking for new opportunities to develop, but there really doesn’t appear to be much movement on this front. ICR: You spoke to us last year about the importance of accessibility at Aspers. Have you made any new steps in this direction over the past 12 months?

RN: Aspers pioneered the open door policy – and we have been operating without compulsory membership since May 2008. We always look for new opportunities to demystify the casino experience to try and make it as easy as possible for a potential customer to make that first visit. For example, with up to 40 per cent of our visitors being female, we have recently reviewed our ‘female friendly’ strategy: which resulted in the softening of our entry points in to the casino, the content and messaging of our advertising and the general look and feel of the property.

ICR: Finally, what kind of product investment has Aspers made over the last year? What games/game-formats are proving most popular with UK players?

RN: With the limited number of slots available under the existing regulations, we have invested significantly in multi-game video slots, with Novomatic and IGT providing the majority of machines within our sites. Over 90 per cent of our current machines are server-based which enables us to deploy new and popular content to our players at the press of a button. Since the last change in stakes and prizes in 2014, we have seen increasing demand for progressive machines. In Stratford and Milton Keynes we offer three separate progressives in each site with regular wins: in Stratford a major jackpot is won every two to three days. With electronic gaming we have also focussed on improving the speed and consistency of the game as well as investing in new display screens and signage, which all work together to give the player a more enjoyable experience. We have a number of exciting projects coming up in the next 12 months, including a further expansion of the gaming floors in Stratford and Milton Keynes, so watch this space!