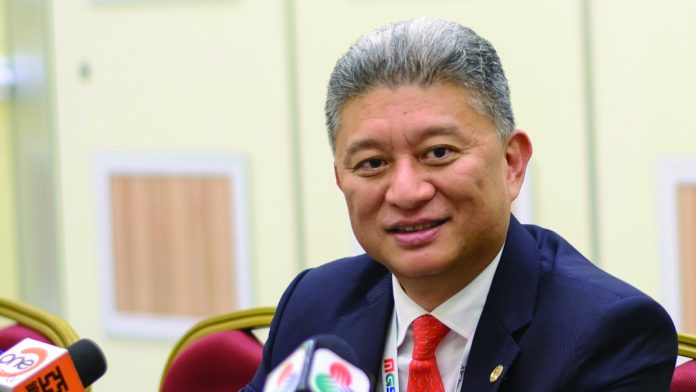 The Macao Gaming Show will be delivering the Chinese government’s message of economic diversity when it launches its statement of intent with a new name for its 2016 exhibition – which will be held at the Venetian Macau between November 15-17.

[dropcap]T[/dropcap]he MGS expo, the fastest growing exhibition on the international industry calendar, will now be named the MGS Entertainment Show. This new direction has been endorsed by the show’s government partners and will serve as a platform to help power the SAR and central government’s programme to expand the range of exhibitors and products from both the gaming and non-gaming sides of the industry.

Owned and organised by the MGEMA, the Macau SAR’s most senior trade association, the MGS Entertainment Show is now preparing for its fourth edition. Backed by three years of significant growth and now armed with a powerful new agenda and name, the exhibition will be updating and modernising the traditional expo model, applied originally in Las Vegas, to bring to Asia its first ever contemporary, all-encompassing gaming, entertainment and leisure show.

Already serving as the Asian gaming industry’s largest independent exhibition, the MGS Entertainment Show will draw on all the key sectors that support the development of leisure and tourism destinations. Whilst maintaining its primary focus on gaming, entertainment and technology, the exhibition will also draw heavily on the key service and ancillary sectors that help drive the business economy from hospitality, finance and investment through to vending, marketing and content houses.

Jay Chun, chairman of the MGEMA and one of the key business figures driving Macau’s diversity vision, commented: “The MGS Entertainment Show is more than an exhibition. Its intention is to reach every level of industry that plays a crucial part in driving business in a tourist and entertainment destination. Gaming and its pioneering technology will always sit at the heart of our show. It’s what we are and where we come from. But business does not stop there. Our economy – both here in Macau and throughout Asia – is about opportunity. And as the city and region opens up to economic expansion, the show must provide the platform for this. Our casinos go hand in hand with entertainment. They go hand in hand with new technology, new delivery platforms, new innovations – everything that makes a destination work. That’s why diversity on the show floor must reflect diversity in our economy.”

The third edition of the now named MGS Entertainment Show proved a major success, with the MGEMA confirming that all key performance indicators showed a positive year-on-year trend. Last year’s attendance numbers rose to 13,186 from 11,987 in 2014, an increase of 10 percent. Meanwhile, the number of exhibiting companies rose to 168 from 146, whilst the number of exhibiting countries represented increased from 20 to 22.