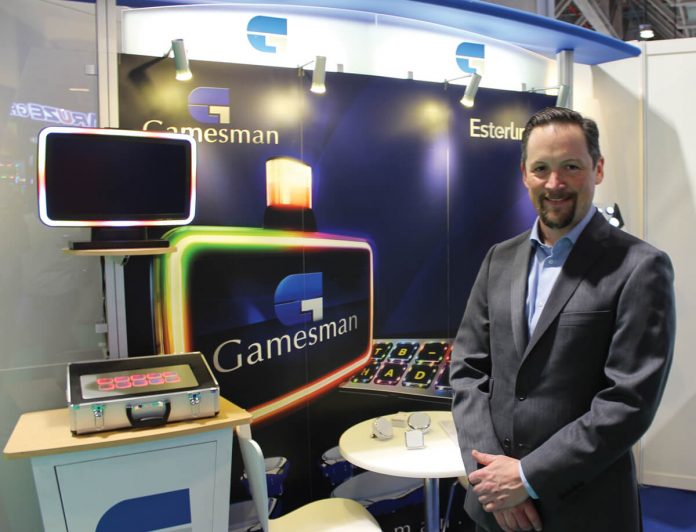 Gamesman, the UK-headquartered gaming equipment components and systems manufacturer, believes G2E Asia has grown to become one of the defining business events – not just for Asia but one which now also encompasses broad swathes of Oceania.

Reflecting on an exhibition celebrating its 10th anniversary this year, and one which Gamesman has supported each year since its inception, the company’s, Martin Rigby (pictured) said: “Whereas ICE is a world event, G2E Asia is becoming recognised by gaming professionals who have business interests in Asia, Australasia and beyond. Year on year we are seeing more customers from Australia who view this as the most significant show for the Asia Pacific region, as well as customers from Korea, Taiwan and beyond.

“Not only has G2E Asia expanded its geographical reach over the last decade, it has also grown in physical size. In our opinion, this year was definitely a coming of age for this show and as a consequence, a good event for us to be a part of.” Gamesman’s approach to exhibiting swims slightly against the tide with the company preferring a gentler, consultative approach over more traditional intensive marketing.

“We use our presence at exhibitions to hold meetings with existing and prospective customers in order to listen to their business needs and thereafter to develop smart, technology driven solutions,” stated Rigby. “We don’t set out to sell at exhibitions but to listen and that was definitely the case at G2E Asia where we conducted a number of really useful discussions.”