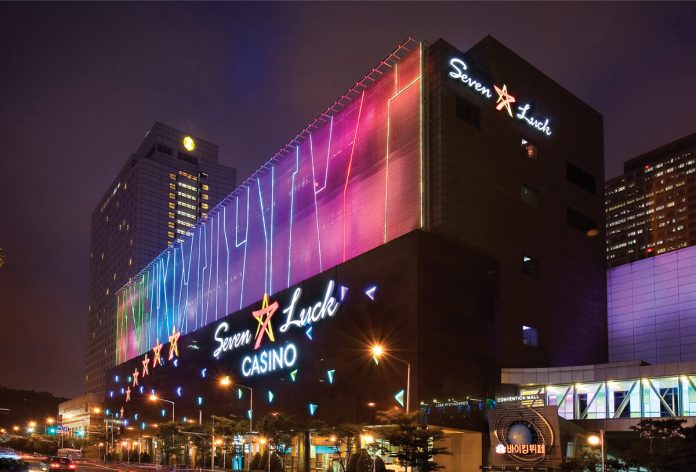 South Korea’s two major foreigner-facing casino operators had a tough start to 2016. But propped up by domestic attendance, the Kangwon Land weathered an all too familiar trend of falling Chinese visitation.

[dropcap]L[/dropcap]atest financials from the South Korean casino operator Grand Korea Leisure Company (GKL) reported that net income was down 16.5 per cent for the first quarter of 2016, principally due to a marked decline in Chinese VIP visitation.

GKL is a subsidiary of the Korea Tourism Organisation, itself an affiliated body of the Republic of Korea’s Ministry of Culture, Sports and Tourism. Under its Seven Luck brand, it operates three casinos in the country, although entry is restricted to foreign visitors.

The company also saw its quarterly revenue take a fall, down 8.1 per cent on a like-for-like basis.

“Consolidated operating income came in at KRW42bn (E31.5m), meaningfully better than our and consensus estimates of KRW28bn (E21m) to KRW34bn (E25.5m),” stated its analysts. “Although the declining trend of the total [table] drop amount continued, the beat was largely attributable to a higher hold rate.”

The bank went on to claim that Q1 Chinese VIP visitation at GKL properties fell by 38 per cent year-on-year – and was also down seven per cent on the previous quarter.

Chinese high-rollers have traditionally been one of the primary sources of income for the majority of Korean casinos – but there have been hopes of the market gaining greater traction with players from other countries in the region. As Japan has no domestic casino sector of its own, it is often cited as one potential source of player-traffic: however, as Morgan Stanley noted, GKL was only able to grow its Japanese attendance by two per cent throughout January, February and March. Meanwhile, the number of VIP players originating from other countries actually fell by 13 per cent.

Whilst all this may make for grim reading, the company’s privately-owned competitor Paradise Co fared even worse. Its own Q1 results reported a massive 62.1 per cent tumble in net profit across a portfolio of five foreigner-facing properties.

Performing notably better was the Kangwon Land – the only casino in the country where residents are permitted entry. Results ending March 31 showed that Kangwon’s revenue grew by 2.6 per cent to KRW436.5bn (E330m), with a five per cent profit gain to KRW177.9bn (E130m). This actually constitutes a slowdown in the property’s normal rate of growth, but according to analysis from Japanese investment bank Daiwa Securities, the second half of the year will see growth gain apace once more – due to what it anticipates will be improvements in both mass market and VIP footfall.