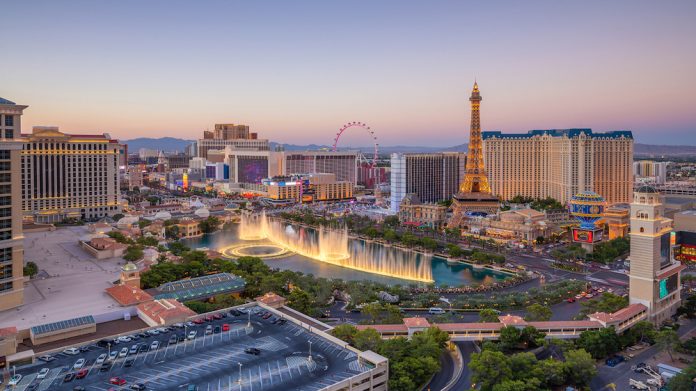 The union representing 50,000 Las Vegas casino workers, whose contracts are set to expire at the end of the month, has announced members are to vote on whether to strike from any time starting 1 June.

“On May 22, thousands of union members will show casino employers that workers are going to fight for security and that they are not going to be left behind as companies are making record profits and getting windfall tax breaks,” Geoconda Argüello-Kline, the union’s secretary-treasurer, said in a statement.

The strike could be catastrophic for the city, emptying 34 casino-hotels on the Strip and downtown Las Vegas of kitchen employees.

Caesars Entertainment and MGM Resorts International operate more than half of the properties that would be affected by a strike.

Argüello-Kline previously told The Associated Press the group planned to negotiate with companies to increase wages, protect job security as technology is increasingly adopted by companies, and to strengthen language against sexual harassment and interact with employees .

The union has asked operators to give every housekeeper a so-called “panic button,” that can alert managers if they are in a threatening situation.

Both companies have said they would work with The Culinary Union to supply housekeepers with safety buttons.

Carlos Martinez a kitchen worker at the Mirage said he is worried about his job being outsourced to “robots”.

“Technology can be assistive in the workplace, but workers should have a voice in that and additional job training,” he said in a statement. “The company needs to invest in human capital and treat us with dignity.”