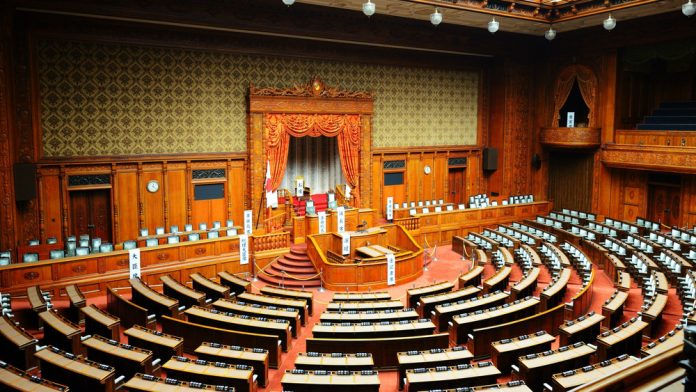 Ahead of the next Olympic Games, the next few months will seemingly prove decisive for the fate of the LDP party’s integrated resort bill.

[dropcap]A[/dropcap]ccording to a report by the Financial Times, Japan’s ruling Liberal Democratic party (LDP) is to try and legalise casinos once again – as a parliamentary committee prepares to meet in Tokyo to finalise the agenda for the Diet session beginning in the coming weeks.

Numerous variants of the LDP’s Integrated Resort Promotion Bill (IRPB) have been put before the Japanese parliament (the Diet) since the late 1990’s – with one notable attempt in 2014 coming particularly close to fruition. However, time and again prospective casino legislation has either been stonewalled by the LDP’s opponents or – as was the case last year – placed sufficiently low on the agenda to be omitted from debate entirely due to time constraints.

But a renewed assault for the IRPB from prime minister Shinzo Abe’s government seemingly holds somewhat rosier prospects. The LDP now holds a two-thirds majority in the House of Councillors (the upper house of government), whilst a number of prominent politician – including Tokyo governor Yuriko Koike and finance minister Taro Aso – have publicly stated their support for regulated gaming in Japan.

Recent years have seen momentum build within the LDP to amend the country’s constitution with regards to gaming, as both industry stakeholders and the Japanese business community look ahead to the country’s hosting of the 2020 Olympic Games as an opportunity for prospective new developments to cash in on an anticipated surge in tourist visitation. The worth of Japan’s gaming sector is frequently estimated as somewhere in excess of $40bn (E36bn).

It is kind of a last chance to have this [gaming] discussion for a while, after that, even though Mr Abe is pro-casino, he is going to start discussing constitutional change and that debate could last forever.

But the Olympics may prove something of a double-edged sword for the IRPB – with some industry observers arguing that the coming Diet session will be its final outing before legislation related specifically to the Games completely swamps the chamber.

“It is kind of a last chance to have this [gaming] discussion for a while,” CEO Takashi Kiso of Tokyo’s International Casino Institute told the FT. “After that, even though Mr Abe is pro-casino, he is going to start discussing constitutional change and that debate could last forever.”

As for the likelihood of an amendment being passed in the coming months: Hong Kong brokerage CLSA isn’t holding its breath: with a recent note from the company’s analyst Jay Defibaugh rating its chances as “less than 50 per cent.”