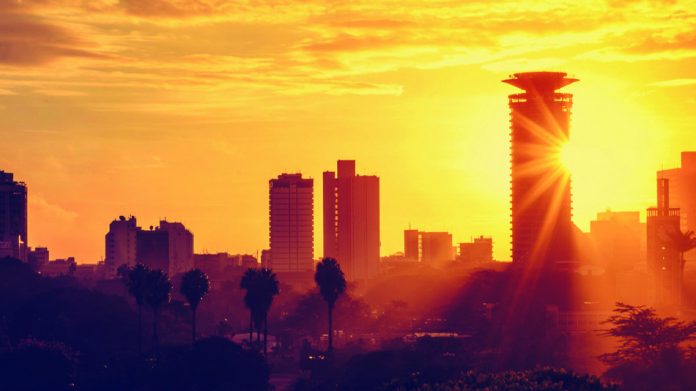 A number of regions on the African continent, including Kenya and Nigeria, are seeing a shift in their gaming economy towards a cashless iGaming market, propelled by the rapid expansion of mobile technology.

[dropcap]A[/dropcap]s the Kenyan government toughened its restrictions on the importation of gaming machines, players in the country were quietly welcoming the country’s first mobile casino app, allowing them to access a suite of slot games in their local currency.

It was timely coincidence, but one that says a lot about the direction that Kenya’s gaming economy is going as it moves away from land-based, and firmly in the direction of mobile.

The move echoes the development of the gaming industry in other countries in the region, including Nigeria, Ghana and Tanzania, which have seen an explosion in the number of mobile phone subscriptions over the past fifteen years.

In 2002, Kenyans had barely a million mobile-phone subscription holders between them while by 2014, they had more than 34 million.

This has paved the way for apps like GameMania – the local-currency mobile casino – to enter the market, with the chance of reaching a broader range of customers in the country than ever before.

Designed by Nairobi-based Rambo Resource Ltd, GameMania, was authorised to operate in Kenya by the country’s Betting Licensing and Control Board (BLCB) last month.

The move came just as the BLCB was instigating a crackdown on gaming machine importation as a preventative measure against a continuance of the rise of illegal gambling operations run by Chinese nationals.

The Kenyan gaming market currently boasts more than 30 BLCB-licensed operators, including a handful of online sports-betting firms who began offering their services in the country around 2014. These include Elitebet, an SMS-based betting service that is also active in Uganda, and Betin Kenya, a brand owned by Goldbet Group, who have a strong online and retail presence across Uganda, Nigeria and Italy.

Some of the casinos have taken advantage of the consumer appetite for betting services with their own betting brands, while sports lotteries such as Sportspesa also remain popular.

Lorien Pilling, director of Isle of Man-based gambling consultancy firm GBGC, said the position of Kenya was relatively unique in Africa as one of the few pockets of market regulation across the East side of the continent. Discussing the pros and cons of the market, he cautioned that any operator’s decision to move into Africa should be part of a careful long-term plan, with decisions made country-by-country.

“A decision to establish an e-gaming business in Africa is taken with a long-term view,” he explained. “Economic prosperity and growing disposable income are happening but are starting from a very low level, warranting a targeted approach for eGaming. It will not be truly “mass market” for at least a decade.”

Nonetheless, several pundits in other growth regions are optimistic about the potential of cashless and mobile technology to modernise the industry and offer a significant boost to the local economy.

Yahaya Maikori, lawyer and president of the Nigeria Gaming Association, touted the attempts of the government to move the country away from its current cash-based retail environment to a diversified market via mobile.

“At the moment, the Nigerian economy is a cash-based economy, so in practical terms our gaming market is essentially retail based, though our government is aggressively pursuing a cashless money economy as we speak,” he revealed. “The telecoms companies which were sceptical about obliging their platform to the gaming industry are also beginning to explore that option now because our huge mobile subscriber base estimated to be about 135 million”

Maikori predicts that a definitive switch away from land-based to mobile technology is set to happen in Nigeria in the next three to five years, unlocking some of the growth potential of the gaming industry in the country. At present, he estimates, the country’s gambling-related economy is worth around $2.5bn – but according to the entertainment lawyer, this figure represents barely ten percent of the market’s potential.

“It will be the easiest way to migrate punters to the online market because most Nigerians access internet via their mobile phones however our biggest challenge is still funding and easy to use payment platforms,” he said. “I believe that is where the biggest opportunities lie for investors.”