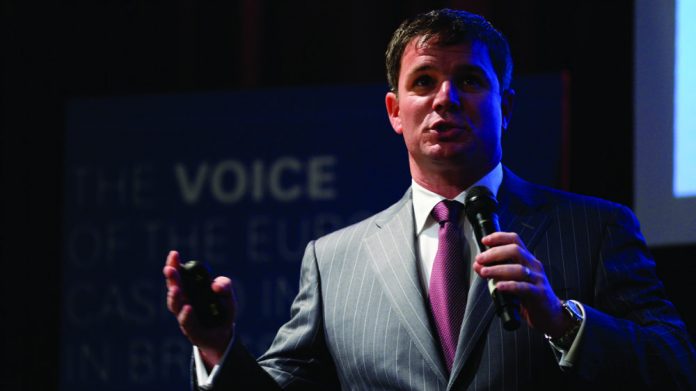 CEO of the American Gaming Association, Geoff Freeman, lays out the group’s plans for the future in the wake of the historic presidential election this week.

America’s leading voice of casino gaming will be concentrating on proactively engaging with the new Administration and incoming members of Congress with five specific areas of attention.

The AGA listed its specific areas of focus including; advocating for pro-business policies that promote growth and reinvestment; supporting economic policies that provide consumers with greater confidence and discretionary income; continuing to encourage a welcoming environment for foreign visitors; cultivating relationships with and educating new members of Congress on gaming’s positive economic and community impacts; and, advancing a pro-gaming agenda, including a repeal of the failed federal ban on sports betting outside Nevada.

Commenting on the AGA’s focus going forward, Geoff Freeman, President and CEO of the AGA, said: “With the dawning of a new era in Congress, the gaming industry’s Congressional champion development efforts have never been more important. The AGA will leverage our industry’s 40-state presence to coalesce a powerful network of Congressional leaders willing to promote favorable public policies and block overzealous federal efforts that add unnecessary costs and inefficiencies to our businesses.

“While we are optimistic a Trump Administration will feature significantly more restrained federal agencies than what our industry (and many others) experienced over the last eight years, the challenges before us remain great. AGA’s ‘Get to Know Gaming’ campaign, on-the-ground activities in prominent casino markets and targeted engagement of industry leaders are some of the tactics that will help to protect and promote our industry in the years ahead.

“Tuesday’s results ushered in a new era in Washington, D.C. The gaming industry is well positioned to thrive in this new environment because of the important steps we have taken over the last several years to unify around issues of common cause, work collaboratively with government officials and highlight our enormous local economic and social contributions to develop Congressional champions.

“AGA is eager to work with the Trump Administration and new Congress and we are optimistic that the coming years will include important victories for the gaming industry.”