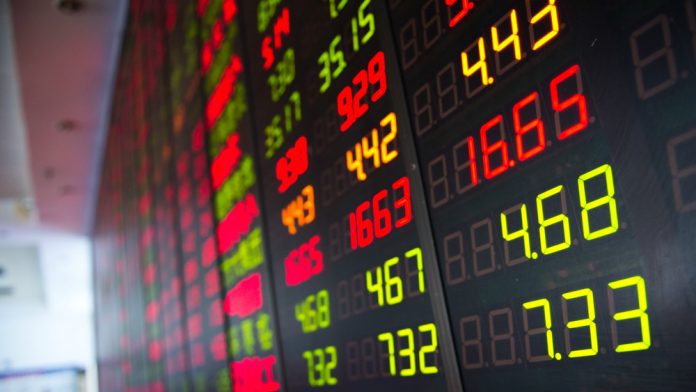 The collective stock value of the companies on the Association of Gaming Equipment Manufacturer’s monthly Index enjoyed another period of comparative growth in August.

[dropcap]T[/dropcap]he AGEM Index – the monthly performance review of the trade association’s 14 listed gaming manufacturers – posted a slight decrease in August 2016, after gaining 34.67 points in July 2016. The composite index stood at 286.40 at the close of the month, which represents a decrease of 8.29 points, or 2.8 percent, when compared to July 2016. However, the index reported a year-over-year increase for the 11th consecutive month, rising 95.95 points, or 50.4 percent, when compared to July 2015.

Meanwhile, AGEM singled out four of its members – Everi, Galaxy Gaming, GPI and Intralot – as having displayed particularly encouraging performance in the year to date.

Nevada-based Everi reported a 3.7 percent increase in revenues for the second quarter of 2016. Revenue was up $7.6m (E6.8m) to $214m (E191m) in the quarter. Growth for the quarter was fuelled by the payments portion of Everi’s business, which features cash access solutions to gaming establishments such as ATM cash withdrawals, credit card cash access transactions and debit card transactions. The payments business comprised 75 percent of Everi’s business in the most recent quarter, growing revenues by 5.4 percent from the prior year. But Everi’s gaming business declined by a modest 1.1 per cent on the year as new casino openings have slowed.

Meanwhile, Galaxy Gaming reported a 14 per cent increase in revenue for the second quarter of 2016, reaching nearly $3.1m (E2.8m). The independent developer, manufacturer and distributor of casino table games and systems posted a 15-percent gain in revenue during the first half of 2016. Premium games displayed the largest revenue growth, while every product category showed positive year-on-year gains. Premium games are of critical importance to Galaxy’s revenue growth as they command a higher price point relative to Galaxy’s other products. The United Kingdom also helped drive revenue growth as Galaxy saw increasing utilisation of their products in the region. Earnings growth (adjusted EBITDA) was an impressive 56 percent on the year, largely a result of the revenue gain and lower selling, general and administrative expenses.

Gaming Partners International (GPI) reported $20.3m (E18.1m) in revenue for the second quarter of 2016: revenue was up $4.1m (E3.7m) or 25.3 percent, over the same quarter in 2015. GPI attributed the growth in revenue primarily to increased sales of casino currency in the United States and RFID solutions in Asia.

Finally, Greece’s Intralot reported a 13.3-percent increase in revenue to E331.9m for the second quarter of 2016. Intralot revenue increase was primarily driven by growth in the United States, Turkey and Bulgaria. Intralot made several strategic acquisitions in the second quarter of 2016. The company completed its acquisition of Gamenet to expand its reach in the Italian gaming market, then sold 80 percent of its stake in Intralot de Peru to the Peruvian Nexus Group. The manufacturer also completed the acquisition of a stake in Eurobet, a leading Bulgarian gaming company.