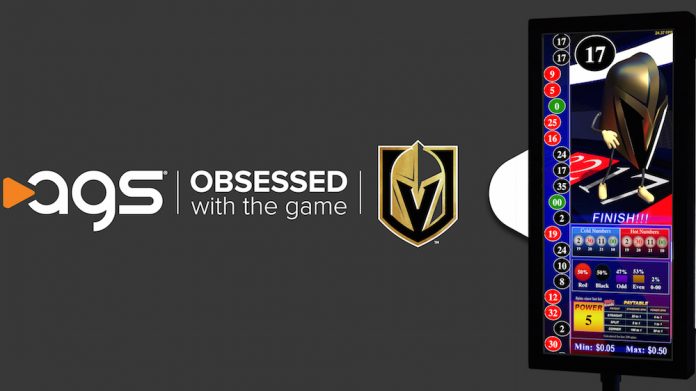 AGS, a leading designer and supplier of electronic gaming machines, table products, and interactive solutions for the gaming industry, is bringing Vegas Golden Knights fanfare to the Global Gaming Expo as part of its corporate partnership with the National Hockey League franchise.

AGS is bringing ambassadors from the Vegas Golden Knights to officially open G2E – the world’s largest conference and trade show for global, commercial, and tribal gaming professionals. The team’s mascot – Chance– as well as their Golden Aces promotional team and Knight Line presented by Drumbots, will officially “open” G2E with a high-energy procession from the G2E Lobby to AGS’ Booth No. 1253.

The Golden Aces, Chance, and the Drumbots will also be available during G2E for photo opportunities, both in AGS’ Booth No. 1253 and in the G2E Lobby near registration.

This high-energy event, which will begin in the G2E Lobby near the Registration area and culminate in a parade through the G2E exhibit area, will serve as the official opening of G2E 2018, setting the stage for an enthusiastic and productive show.

The event will begin in the G2E Lobby and continue in a parade through the exhibit area, ending at AGS’ exhibit No. 1253, where Vegas Golden Knights ambassadors will hand out branded T-shirts and hockey pucks and participate in photo opportunities. AGS executives will be on hand for short interviews about the Company’s corporate partnership with the Vegas Golden Knights and AGS’ G2E product showcase.

See the show’s programme below:

· 10-11 a.m.: Photo opportunities with Chance in G2E Lobby near registration