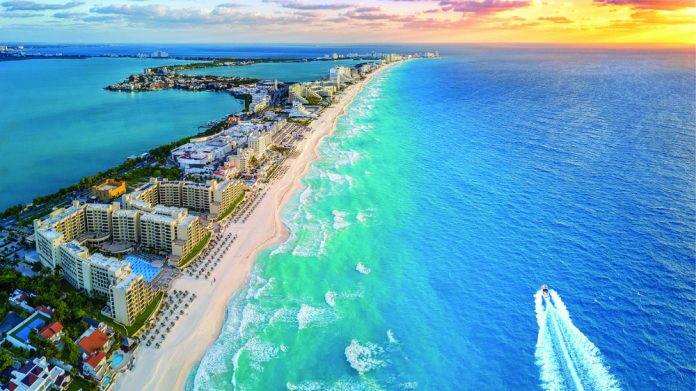 While casino trade body, Aieja, has welcomed the government’s plans to reform the country’s approach to gaming taxation, its president, Miguel Ángel Ochoa Sánchez contends that Mexico has yet to realise its potential as a gambling tourism destination.

With a population of 127 million, Mexico is the 15th largest economy in the world, however the development of the Mexican casino market has been restricted by the country’s gambling legislation which dates back to the Betting and Raffles Law of 1947. While the law originally banned casinos and gaming outright, a later amendment opened up the market for sports betting, bingo halls, and slot parlours.

Despite this, speaking to Casino Review last year, Cristina Romero de Alba, a partner at Loyra Abogados, suggests that even as things stand, in terms of the business opportunities for gambling operators, Mexico is “something of a dark horse”.

“While everybody thinks that the regulation is really old and very limiting, the truth is that the regulatory situation remains very flexible for that same reason,” she stated. “There’s still an opportunity there, it’s a booming market and there is a lot of gambling in Mexico.

The latest efforts towards modernising the market presented by Mexico’s Morenaled coalition government, seek to strip the state assemblies of the authority to oversee gambling, and consolidate control of the sector under the central government.

As part of this, Morena’s parliamentary group in the Senate has recently proposed introducing a new taxation framework and increasing the Special Tax on Production and Services (IEPS) on gaming and raffles.

“We’re pleased with Morena’s three proposals in the Chamber of Deputies and the Senate as they represent something we’ve been lobbying to introduce for more that 10 years. At present, there are currently three tax frameworks applied to the sector: one at federal level, one at state, and a third for the municipalities,” said Miguel Ángel Ochoa Sánchez, president of casino trade body, Aieja.

He added that this structure has created significant confusion and uncertainty for operators, and is further complicated by the fact that each state handles taxation differently.

“Morena’s three proposals talk about establishing a more adequate [tax] regime for the sector, while not one of them defines [how the government intends to do this], what they do set out is that the [government] intends to create a special regime for the sector. …With these three proposals, they will eliminate taxation at state and municipal level, so the federal government will collect tax, and then pass a percentage of the revenue back to these levels of government,” Ochoa Sánchez continued.

He affirmed that if implemented, the new proposals “would offer greater certainty for domestic and foreign investors, since they would know from the outset how much they will be required to pay in taxes”.

Ochoa Sánchez concedes that the country’s complicated regulatory structure has hampered the growth of its land-based market to an extend but despite this he affirms that the Mexican gaming industry still has a lot of potential.

“It’s not [growing] exponentially, because the political situation has affected its growth – as we’ve be saying for several years – but nevertheless it has still expanded,” he clarified.

“Another advantage is that it’s a stable market, [admittedly one] with a lot of challenges, such as defining the new law, the taxation framework, and some sort of regulatory structure for online gaming, but on the other hand it also offers a lot of opportunities …such as the fact that Mexico is situated next to the world’s largest economy. Alongside this, its stable rate of growth has allowed the market to strengthen.”

In light of this, while the government has yet to set out its plans, Ochoa Sánchez remains cautiously optimistic.

“While we still haven’t had a clear statement from the new Mexican government regarding what its attitude will be towards gaming …the signals we’ve had from the government so far, such as the decision to take a fresh look at the taxation issue in the Chamber of Deputies and the Senate …bode well.

“Things like this seem to be small indicators of what will be the state’s policy towards gaming, and [it looks to be] one which will encourage, if not significant, then gradual growth; and will allow the market not only to strengthen further, but will also create opportunities to attract a new customer base.”

Aieja’s president contends that the government also needs to do more to develop casino tourism and allow for the creation of integrated resorts in the country.

“The issue is that we need to bring international tourism to Mexico’s casinos. That’s the challenge. There are hotels in Cancún and Playa del Carmen that already have casinos, but the hope is that if tourism increases in a significant way, then we’ll see a miniature Las Vegas springing up in Cancún, Acapulco or Puerto Vallarta, for example,” Ochoa Sánchez argued.

While Mexico already hosts international casino operators such as Codere and Cirsa, other major players are clearly keeping a close eye on the market. Last year, Caesars Entertainment signed an agreement to manage a non-gaming, beachfront resort in Mexico following a deal with Mexican developer Grupo Questro.