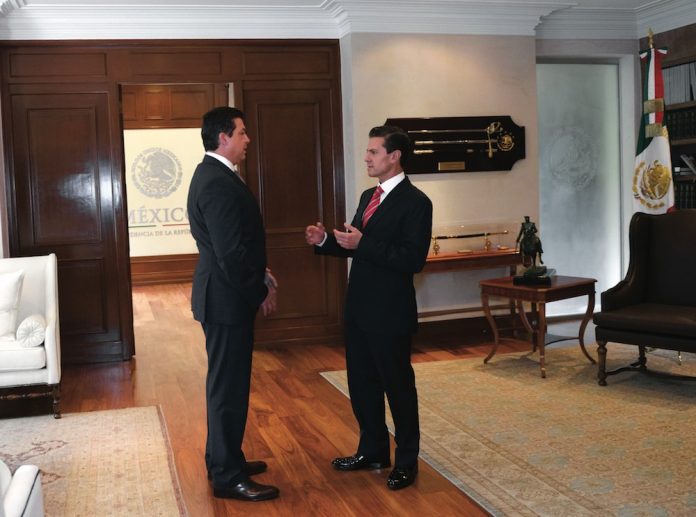 As the situation in Mexico becomes increasingly challenging for operators, with casino bans in the states of Tamaulipas and Guanajuato in June alone, Aieja’s president, Dr. Miguel Ángel Ochoa Sánchez, emphasises the importance of maintaining a dialogue with the government both at a state and federal level.

This June, we’ve seen the state of Tamaulipas resort to a measure that several other states, including Coahuila, Guanajuato, Nuevo Leon and Baja California, have also taken – to modify the planning regulations for land use in the state to ensure that there are no further casinos.

It’s important to highlight that this is a very controversial decision, given that the regulation of gaming and raffles comes under the purview of the federal government.

It is therefore necessary to review whether, in legal and constitutional terms, the state has the power to enact this legislation and this is something that needs to be addressed.

As things stand, it is as if the state of Colima suddenly decided that gasoline cannot be sold in its territory and that no more planning applications would be accepted for petrol stations, basing this on the dubious argument that several of them have exploded in the past.

In a similar vein, the state of Chiapas could refuse to use the national currency, on the grounds that it generates many problems with Guatemala.

The point is that these are not issues for states to legislate; they are matters of federal order, and in my opinion, this is an unconstitutional measure.

Given this, the ban would have to be fought by the affected businesses, as has already happened in Nuevo León or Baja California, by means of a writ of amparo (which empowers state courts to protect individuals against state abuses).

Secondly, in the particular case of Tamaulipas, it is worth noting that this measure is understandable as part of a crackdown against organised crime, when one considers the wider context of the levels of violence that the state has lived with for many years.

Yet this is type of crime is not somehow exclusive to the casino industry, and is closely linked to corruption, with connections between criminals and legislators.

It is sufficient just to mention the cases of former governors Tomás Yarrington and Eugenio Hernández, and even the murder of Rodolfo Torre Cantú, who was running for governor of Tamaulipas as the candidate of the PRI when he was assassinated.

So Tamaulipas is facing a marked rise in violence that – in the opinion of the current governor, Francisco Javier Garcia Cabeza de Vaca – needs to be combated by attacking the industries that can support criminality, and in his view the entertainment industry is one of these.

While such an opinion is debatable, it should also be respected, were it not for the fact that the state has resorted to a measure which I believe is unconstitutional.

Leaving aside for a moment the issue of constitutionality in prohibiting land use, this is still not a valid argument for the state to close the casinos which are already operating. Planning permission cannot be changed retroactively. In the case of Nuevo Leon, those casinos which were already open continued to function and there was no problem in this regard, and likewise in the case of Baja California.

However, Tamaulipas appears to want to take the same line as Coahuila, where governor Moreira ordered that there were to be no more casinos, and instructed the mayors of Saltillo, Monclova and Torreón to close all casinos utilising any municipal ordnance as justification. The move resulted in the closure of all the casinos which were already operating legally.

In the case of Tamaulipas, at present there are four legal casinos, Juega y Juega operates two licences, one in Laredo and the other in Ciudad Madero; Producciones Móviles operates a property in Reynosa; while Petolof runs a venue in Ciudad Madero.

Whatever happens in the immediate future, Aieja has a genuine concern regarding this situation, because in Tamaulipas machines were confiscated which had been legally imported to Mexico by international companies that had received international certification.

We already have an appointment with the authorities in Tamaulipas to discuss this particular issue and we hope to resolve it. As I noted earlier, we have to recognise the situation of deep insecurity in Tamaulipas has turned it into a ‘state of exception’ (Similar to a state of emergency, but based in the sovereign’s ability to transcend the rule of law in the name of the public good).

We hope that with the will of the current governor and the support of the federal government, we can resolve this serious situation in the short term.

We are keen to highlight that regulated casinos not only produce entertainment for a growing segment of the population, they also raise revenue through taxes and generate employment for the communities that host them.