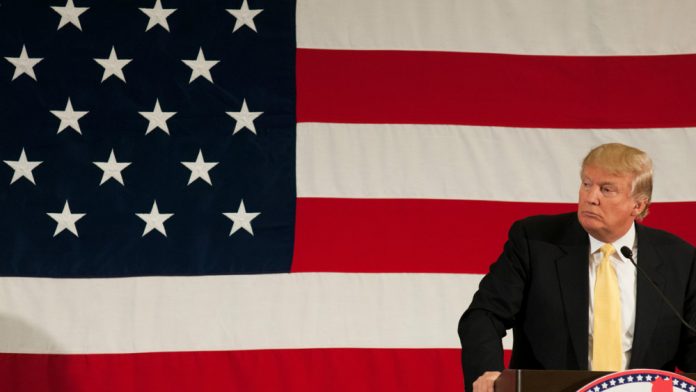 In one of the biggest political upsets in US history, as president-elect Trump takes office in January, the American casino industry could find itself with a strong ally in Washington.

[dropcap]H[/dropcap]owever, the tribal sector could lose out and the possibility of the legalisation of the iGaming and sports betting remains in the air. So will Donald come up trumps for the industry?

With less than two months before he takes office at 1600 Pennsylvania Avenue on 20 January 2017, many in the gaming and gambling sector are speculating on what effect Donald Trump’s tenure as US President could have on the industry.

First and foremost on the list of to do’s is likely to be the contentious issue of online gaming. His position – favourable according to many discourses – might shift, subject to the influence of his largest 2016 campaign donor, Las Vegas Sands billionaire Sheldon Adelson – owner of The Venetian and Palazzo – who invested millions into super PACs supporting the Trump campaign, spending $25m (E23.5m) on advertising in the final week before the elections.

Casino mogul Adelson has also put his weight behind a federal ban to block states from offering internet gambling, and has used his political influence to pressure some Republican congressmen into backing the Restoration of America’s Wire Act (RAWA).

The voice of the US casino industry has certainly cleared its throat in preparation for a concert of change. But the position for the tribal gaming sector is somewhat less in tune. The impact the Trump presidency will have on tribal gaming is a question that hangs over the new administration. The president-elect’s poor record of relations with Native American business interests has many in Indian Country concerned, especially given the  occasions where Trump funded media campaigns against the Native American tribes that were attempting to open casinos in the New York City metropolitan area.

And memory casts a long shadow; in 1993, he testified that Connecticut’s Pequot tribe did “not look like [real] Indians” hoping that they would not be granted tribal sovereignty to open Foxwoods casino – correctly predicting that doing so would decimate his Atlantic City ventures.

Speaking before the United States House of Representatives Committee on Natural Resources, Trump expressed his view that the Indian Gaming Regulatory Act granted tribes an unfair advantage over his own gaming enterprises and his harsh rhetoric on Native Americans was part of his aggressive war on the expanding tribal casino sector.

“I think I might have more Indian blood than a lot of the so-called Indians that are trying to open up the reservations,” Trump said somewhat colourfully during a radio interview with Don Imus that year.

It is unsurprising that during the Democratic primaries the majority of gaming companies that supported Hillary Clinton were those overseen by the National Indian Gaming Commission.

“Everything will depend on who is given control of the Department of Interior,” said online gaming expect, Iván García, speaking to InfoPlay. “In the previous democratic governments, all the regulation of land-based gaming has come out of there and the principal beneficiaries were the tribal casinos.

“So we will surely see how the gambling sector returns to focus on Las Vegas, leaving to one side states such as Mississippi, Missouri and Iowa where Indian casinos have had a strong presence,” García added.

Commentators have proposed that it is Trump’s extensive participation in the casino industry which has shaped many of his core beliefs about taxes, global trade, and the role of government, and this could make itself felt, especially with regard to Macau – the world’s undisputed gambling capital.

Trump has been openly critical of Chinese investment funds and the enormous amount of American debt they own and has stated that he plans to change the pattern of trade with China.

At the same time, he has stated that he wishes for a thaw in relations with Russia and it would seem that the tense relations of the Obama era with Russia will transfer to China.

However a confrontation with China could spell trouble for the big Las Vegas companies, including Las Vegas Sands, Wynn Resorts and MGM, which have invested a significant amount of money in Macau venues.

Trump clearly has his work cut out; his off-message tweets and declarations will undoubtedly rile swathes of the market, but his supporters argue that he does know how to deal. And that is probably the key. For the first time ever, the US gambling industry will finally be sitting at the table where the player on the other side probably knows more about their hand than they do.