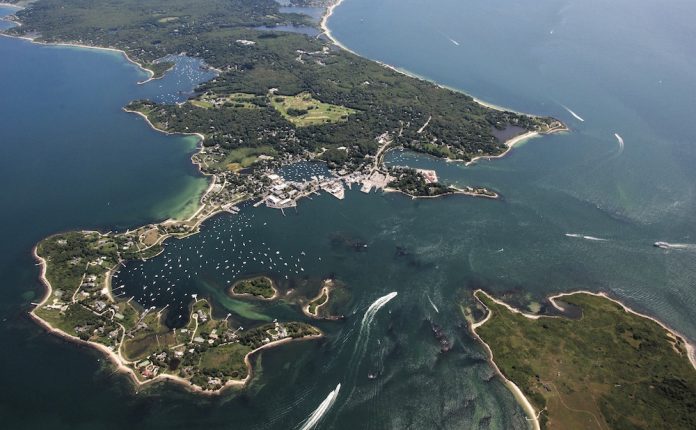 The future of a proposed tribal gaming venue on Martha’s Vineyard has been put on hold as a federal appeals court has frozen the effect of its positive ruling over the tribe’s legal gaming rights.

The Aquinnah/Gay Head Community Association (AGHCA) and the town of Aquinnah has alerted the US Court of Appeals for the first circuit that it plans to file a petition for a writ of certiorari with the Supreme Court by 8 August.

The group also asked the appeals court to prevent the Wampanoag Tribe of Gay Head from building a gaming house until the high court considers the case.

“There is a real and substantial risk that any imminent construction by the tribe without complying with the town’s regulatory requirements will pose a serious danger to public health and safety and cause irreparable harm to the town, the AGHCA, and the public,” wrote Ronald Rappaport, an attorney for the town.

The first circuit, which ruled in favour of the Wampanoag Tribe of Gay Head, has since issued a stay of mandate giving opponents to the opening of a gaming venue in the area 90 days to file their appeal, however, if the court were to decline to review the case upon such submission, the stay will end. The tribe has found local support for the project somewhat wanting, and in a separate motion, governor Charlie Baker, state attorney general Maura Healey and Massachusetts Gaming Commission chairman Stephen Crosby said they stood against tribal construction plans.

Yet the would-be operators have found much greater support at federal level where the appeals court has already twice sided with the Wampanoag, and its plans to convert a vacant community centre in Aquinnah into a gaming facility. Despite this, Wampanoag attorneys were quick to strike back against critics, arguing that they will meet with all relevant town officials to allay any fears regarding to public safety arising from any proposed construction.

“The motions insinuate that the tribe intends to proceed with the construction of a gaming facility, a lawless environment, lacking of building codes and appropriate inspections by qualified inspectors,” wrote Wampanoag attorney Scott Crowell. “The concerns that the tribe will proceed in any way that will harm the town, particularly with respect to public health and safety, are simply not true.”

In a statement, tribal chairman Cheryl Andrews- Maltais said the tribe, unsurprisingly, opposed the petition for a stay “only to correct the record regarding glaring misstatements of fact asserted by the town.”

She reiterated an earlier pledge that when the state and town “are ready to stop wasting time and resources,” the tribe is ready to work with them on the gaming hall’s “potential impact and positive opportunities for our citizens.”

In court documents, the tribe had argued that such a stay would cause undue delay and “continue to unjustly deprive the tribe of a desperately needed source of government revenue” from gaming.

If the court does issue a stay, the tribe has said that opponents should be required to post a $1.2m bond during the period, and another $400,000 per month after that. The amounts are drawn from a tribe-commissioned study that asserted that a class II gaming premises could create $400,000 in monthly revenue, but such a bond seems highly unlikely as in its one-page, unsigned order, the court made no mention of requiring one.

The stay stands as yet another turn in the tribe’s quest for gaming in Martha’s Vineyard, that has included a potentially pertinent precedent being set regarding tribal gaming legislation in the country. The pivotal issues to this point relate as to whether the tribe qualified for gaming under the federal Indian Gaming Regulatory Act (IGRA) and, if so, whether IGRA trumped an earlier settlement act for the Aquinnah tribe denying them the right to open gaming ventures on specific tribal lands.

US District Judge F. Dennis Saylor 4th had initially ruled for the town, state and AGHCA in late 2015, finding that the tribe does not have the right to conduct class II gambling. However, a three-judge panel unanimously rejected arguments by the town and state, siding with the tribe over its project and remanding the case back to the district court for entry of judgment in favour of the tribe.

This was so, as the panel believed that the tribe exercised more than sufficient governmental power to satisfy the requirements of IGRA, and that the federal settlement act has been impliedly repealed by IGRA.

If the overall project is to be a success for the tribe it could represent an important legal step nationwide in ruling that the IGRA holds precedent over any pre-existing regional agreements between tribes and their localities regarding gaming.