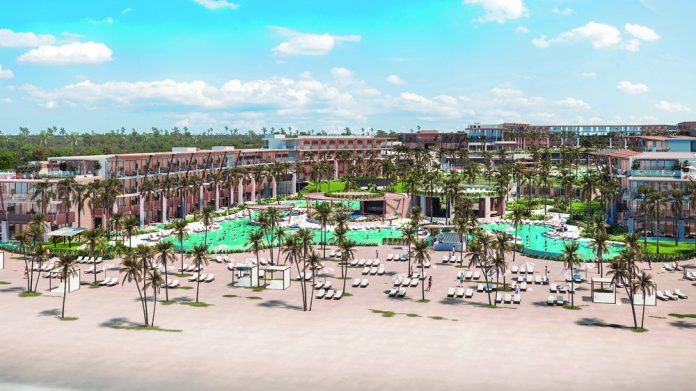 In what the company characterises as a “planned transition,” Alejandro Reynal will succeed Alex Zozaya as CEO of Apple Leisure Group, who will in turn move to the role of executive chairman and head up the hospitality firm’s board of directors.

Apple Leisure Group, the largest resort operator in the Caribbean has hired a new CEO to prepare the company for either a potential initial public offering or private sale.

Alejandro Reynal, the former CEO of Madrid-based customer service company Atento SA, will replace Alejandro Zozaya, who has led the company for the past two decades.

Zozaya will, in turn, serve in a full-time capacity as executive chairman and head up Apple Leisure Group’s board of directors.

“We needed someone who could take the company to the next stage, whether that be a sale or an initial public offering, or whatever we decide when the time comes,” said Zozaya.

“We have to be IPO-ready,” he added, clarifying that the company will not be ready for a sale process for at least two years.

“Over the past 20 years, I have had the privilege to participate in the many stages of ALG’s exciting trajectory – from the creation of AMResorts, a leading provider of exceptional vacation experiences in Mexico, the Caribbean, Costa Rica and Panama, to the Group’s entrance into Europe,” Zozaya continued.

“I am confident Alejandro will drive innovation across ALG globally, execute the Group’s long-term growth strategy, and bring our vision for the future to life.”

The Pennsylvania-based company has plans to build 9,000 rooms in 23 new resorts across the Caribbean and Mexico.

Additionally, it’s also said to be considering further expansion into Europe, following the purchase of Spanish hotel chain Alua Hotels and Resorts last year, along with Hawaii and Asia.

Apple Leisure has already signed six resort management deals in the Caribbean-Mexico region this year through its AMResorts brand.

The new deals represent the first-ever Dreams properties in Macao and Acapulco, and Sunscape’s first ever property in the Riviera Maya, with the latter set to debut in October. “Mexico and the Caribbean remain the backbone of our portfolio.

“These positive market conditions, combined with ALG’s unmatched network, give us great confidence in both the short- and long-term potential for the region.”

Out of its wider 9,000-room development pipeline, AMResorts reportedly plans to debut more than 2,500 new rooms by the end of this year.

That will continue into next year, with the openings of Secrets St Martin Resort and Spa, the first-ever Secrets resort in the French Caribbean; and Dreams Macao Beach Punta Cana in the first half of 2020.