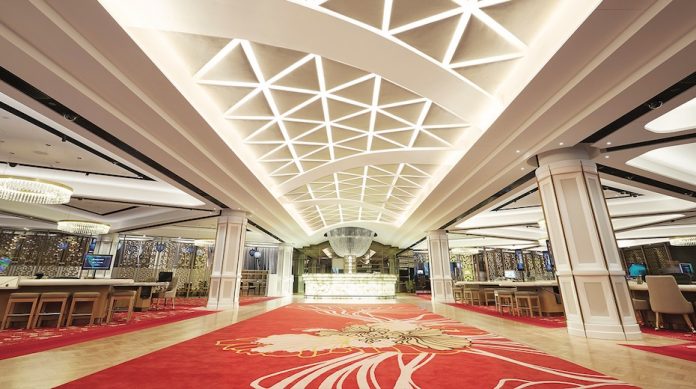 Aquis Entertainment has reported that its Canberra casino made a worsening loss of $5.84m in 2016, with the firm waiting on government approval for a significant redevelopment plan which could see the introduction of slot machines.

Despite this, the company’s 2016 financial statements, filed at the Australian Stock Exchange, showed that its gambling revenue was up 21 percent to AUD22m in 2016, while food and drink revenue also rose to AUD2.23m, and spend per visitor was up 33 percent. The venue was not expected to be back in black this year but Aquis’ CEO Jessica Mellor affirmed that despite the casino suffering from years of under-investment, Aquis had delivered significant revenue growth in a two years period, 22 percent in 2016 and 38 percent in 2015.

“Strong top-line growth is a validation of the new energy we have injected into the business,” said Mellor . “Aquis Entertainment will continue to i n v e s t strongly in our long-term plan.”

Situated in the Australian Capital Territory (ACT), the casino was purchased in late-2014 by Aquis Canberra Holdings (Australia) Proprietary Limited, which is controlled by Hong Kong-based businessman Tony Fung, and is currently awaiting government approval for a $236m redevelopment plan which will see the addition of hotels, shops and restaurants.

According to Deloitte Access Economics, a significant range of economic benefits will arise from the redevelopment including a $541m increase in Gross Territory Product between now and 2030, and the creation of up to 338 full time jobs.

“Almost every other Australian city is actively pursuing integrated resort development for the same reasons we should be,” Mellor added.

The casino, which was acquired by Aquis in 2014 for AUD6m, underwent an AUD13.6m refurbishment before it fully opened its doors to the public.

The refurbishment works were conducted in the first half of 2016, which saw the casino’s operations moving to a temporary facility with only 16 gaming tables, offering minimal food and beverage services as well as reduced levels of visitation due to the smaller facility.

Looking forward, the five-year redevelopment scheme calls for Casino Canberra to be allowed to offer a range of slots, which are so far restricted clubs only in the ACT.

The local government gave its in-principle support to the plan last June but the proposal was put in jeopardy a month later after Shane Rattenbury of the ACT Greens political party revealed that he was only prepared to support the project if Aquis agreed to limit the units to AUS$1 spins and AUS$500 maximum jackpots.

Rattenbury also wanted the casino operator to institute mandatory precommitments on the machines, which would require gamblers to nominate up front how much they are going to spend.

The impact of Rattenbury’s conditions is still unclear and the government has continued assessing the business case for the proposed redevelopment scheme regardless, although Aquis has stated that this process is now complete and that it shortly expects a recommendation to be put before cabinet.