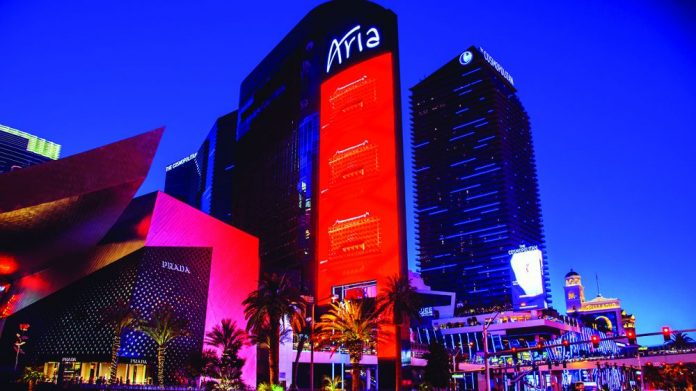 While many Nevada poker rooms have shut down over the last decade, Aria Resort and Casino has doubled down on the game, opening a second poker venue in 2018.

With poker rooms on the decline over the last couple of decades, Aria Resort and Casino has bucked the trend. 10 years after the property’s grand opening on the Las Vegas Strip in December 2009, it remains a popular venue for professional poker players.

The rise of televised and online poker in the late ’90s and early 2000s heralded a poker boom in Nevada, with the number of poker rooms in the state rising from 72 in 2004 to 109 just three years later.

However, the Unlawful Internet Gambling Enforcement Act of 2006 made online gambling much more difficult and saw a drop-off in the game’s popularity, according to David Schwartz, professor and gaming historian at UNLV. “It led to fewer people playing, which led to a drop in people coming to Vegas to play poker,” he stated.

Anthony Lucas, a professor of casino management at UNLV, explains that game speed was also a factor behind the decline in poker rooms, with operators frequently opting to utilise the space for more lucrative slot machines.

“It’s tough to make money in poker because the game speed is slow,” he said “They want to maximise the return on square foot of floor space, and poker doesn’t look good through that lens. …I think it was a normal business response.”

2008 marked the start of the poker downturn. It September that year there were 107 poker rooms in Nevada, fast-forwarding to September 2019, and there were only 55 in the state.

Aria’s poker room was built during World Series of Poker champion Bobby Baldwin’s tenure as acting president and CEO of CityCenter between 2005 and 2018.

“A lot of times a poker room will be an afterthought in the design of a casino. It’s often viewed as more of an amenity rather than a feature of a property,” said professional poker player Andrew Neeme. “You can tell that the poker room at the Aria was carefully considered, from its location and design, to its staffing, and overall concept that this is designed to be a top-tier poker experience.”

The property also hosts a second playing space, the PokerGO studio, which opened in 2018. Situated outside the main casino along the Aria breezeway, the 10,000 sq ft space uses Aria’s gaming licence and hosts more than 100 annual events run by the property’s staff.

“For all intents and purposes, this is an extension of the Aria poker room,” said Sam Simmons, president of PokerGO’s parent company, Poker Central.

The studio also streams live poker and esports events and has agreements to air various tournaments on NBC and ESPN.

“We, alongside Aria, have really solidified this as the epicenter of high-stakes, competitive poker, certainly in Vegas if not the world. …Aria’s becoming a coveted name, a coveted brand for fans and players,” Simmons affirmed.