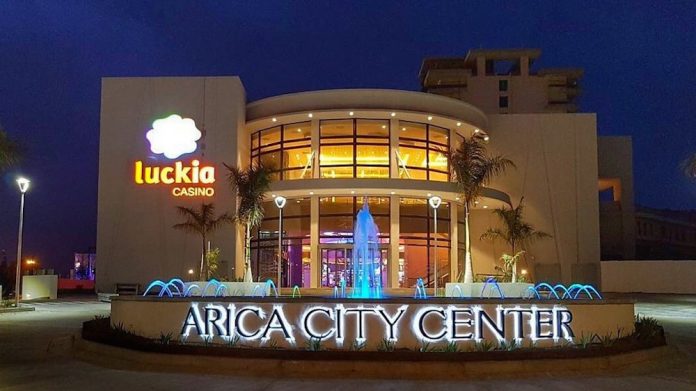 Luckia’s president, Jose Gonzalez Fuentes, suggested that the company’s new property in Arica, could serve as a model for its future developments in Latin America.

Spanish gaming firm Luckia has invested €82m in a casino resort project in Arica, Chile’s northernmost city, which the company’s president suggests could serve as a benchmark for future investments.

Arica City Center includes a 129-room five-star hotel, a casino, restaurants, an events centre with the capacity for 800 people, and a shopping precinct with 33 stores.

The company has opened the property in phases, beginning with Casino Luckia Arica, which came online in September 2017, followed by Hotel Antay which opened its doors this May.

The casino includes 350 slot machines, 12 gaming tables, and a 60-seat bingo hall. Luckia has stated that it expects to recoup its investment in the development in under a decade.

“Building a hotel requires a different [kind of] investment, one for the long-term, never before have we invested as much in a project as we’ve done in Arica,” said Luckia’s president, Jose Gonzalez Fuentes.

He added that while Luckia remained primarily a “gaming company” and stated that the firm was not planning any further hotel developments in the short-term, Arica City Center could act as a model for future projects.

“If some other project with that requirement came up, we would build it,” Gonzalez Fuentes explained. “[Arica City Center] will be a benchmark for all of Chile, Bolivia, Argentina, Peru and even Paraguay.” He also suggested that it could serve as a model for Brazil, in the case that market opens.

Arica holds the distinction of being the only city in Chile to host two casinos, thanks to a legal exception (Ley 19.669).

In the first four months of 2018, Casino Luckia Arica generated CLP$1,3bn ($2m) in GGR, while the city’s other gaming venue, Casino Arica, reported CLP1,8bn ($2.7m) according to statistics from the Chile’s regulator, the Superintendencia de Casinos de Juegos (SCJ).

Despite this, Casino Arica – the second oldest casino in the country – failed to receive any bids in the recent tender for the country’s seven municipal licences.

In June last year, the city government held talks with the SCJ, with the aim of negotiating a plan that will allow it to ensure the continuity of the Casino Arica’s operations amid the ongoing licensing uncertainty.

“We inherited a very unattractive tender for any concessionaire, which unfortunately puts the continuing operation of the casino at risk,” said Arica’s mayor, Gerardo Espíndola, speaking last year. “For us it is essential that we do not to lose the casino, since it a source of income for the Municipality and because of the employment generates for the local economy.”