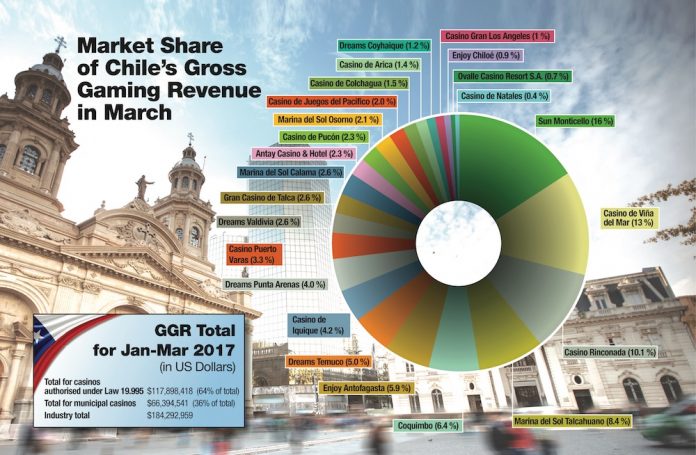 The Arica city administration has confirmed it is in talks with Chile’s regulator, Superintendencia de Casinos de Juego, to safeguard the municipal casino.

The Municipality of Arica has initiated talks with the national regulator, Superintendencia de Casinos de Juego (SCJ), with the aim of negotiating a plan that will allow it to ensure the continuity of the Casino Arica’s operations amid to ongoing uncertainty surrounding the licensing process for Chile’s seven municipal venues.

For us it is essential that we do not to lose the casino, since it a source of income for the Municipality and because of the employment generates for the local economy

The city administration is looking to safeguard the more than CLP 2bn ($3m) that the site, one of Arica’s principal tourist attractions, contributes to the local government’s annual budget, in addition to the nearly 200 direct and indirect jobs it supports.

“We inherited a very unattractive tender for any concessionaire, which unfortunately puts the continuing operation of the casino at risk,” said Arica’s mayor, Gerardo Espíndola. “For us it is essential that we do not to lose the casino, since it a source of income for the Municipality and because of the employment generates for the local economy.”

Espíndola confirmed that in the second half of 2017, a new casino is scheduled to begin operations, situated in front of the current property.

The new venue forms part of a $100m tourist and real estate complex which will also include Arica’s first five-star hotel, alongside offices, apartments, and green spaces.

In February, the SCJ issued Circular No. 84 which confirmed that the municipal casinos in the cities of Arica, Iquique, Coquimbo, Viña del Mar, Pucón, Puerto Varas and Natales will remain open until new operators are ready to take over following the conclusion of the delayed tender process for the municipal licences, currently scheduled for the end of December.