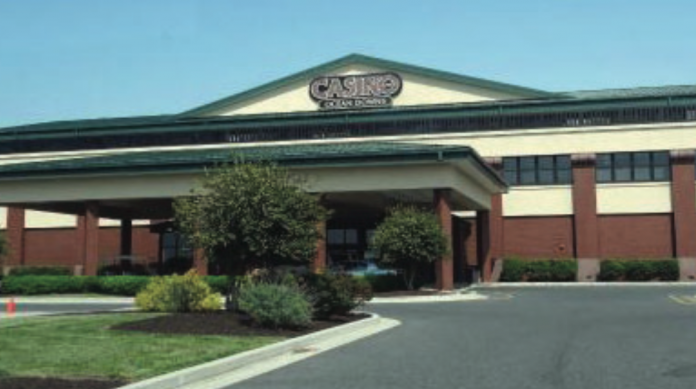 Aristocrat has completed its fifth installation with Churchill Downs, integrating its Oasis 360 CMS into the operator’s Maryland venue Ocean Downs.

Aristocrat has announced the installation of its Oasis 360 system at Ocean Downs Casino in Berlin, Maryland.

The casino management system integration marks the fifth such partnership between the land-based and online gaming solution supplier and casino operator Churchill Downs.

“We have been very pleased with the performance of Aristocrat’s Oasis 360 system at our other properties, and now we are eager to implement the system at Ocean Downs,” said Director of Casino Technology for Churchill Downs Incorporated Russ Stokes.

“We have found Oasis 360 to be a very strong solution for us, both from a management perspective and from a marketing and intelligence perspective.”

The Oasis 360, which stands for online accounting and slot information system, gathers information from casino floor slot machines, before relaying it to a network of computers for processing and analysis.

The information is then used by casino personnel to generate reports, process jackpots, reward customers, identify problematic areas, and detect breaches in security. The system also has the capability to handle pit operations, player credit, markers and check cashing.

“Aristocrat’s Oasis 360 system is one of the most widely used casino management systems in North America,” said a statement from the company. “It comprises essential solutions for the modern casino, ranging from accounting to player loyalty to brand connectivity.”

The supplier also provided Churchill Downs with its Oasis Core software, which includes advanced accounting, marketing and operational modules, as well as the Oasis Trackit system of table management.

The Oasis Bonusing module nRich, which focuses on rewarding individual players instead of targeting players in groups, also forms part of the centralised system.

The Bonus engine uses the average daily theoretical win specific to a patron or to a group of patrons as the basis for the bonus, while displaying a meter on screen to give the player a sense of how close they are to achieving an added bonus.