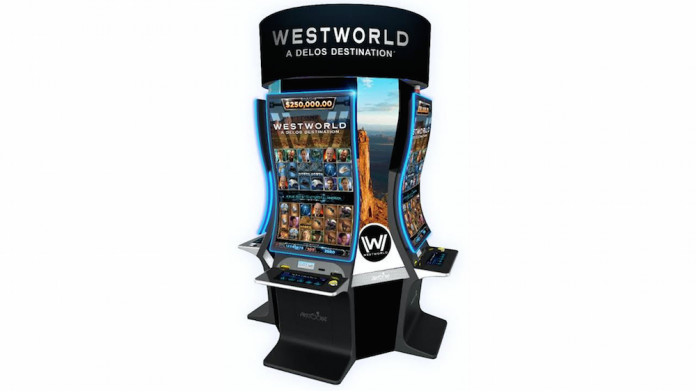 Aristocrat’s latest slot game inspired by the sci-fi-fantasy world of Westworld will soon be taking casino players across North America on a journey like no other.

The Aristocrat game is inspired by HBO’s hit drama series Westworld, from Warner Bros. Television, set at the intersection of the near future and the reimagined past.

The new slot game takes players on a thrilling journey through Delos Lab and Westworld, filled with unexpected twists and turns, fan-favorite characters, and beautiful landscapes, as well as high-definition footage of the most memorable scenes, episodic photography and the show’s distinctive music.

Players can make a 50c wager to play the two separate games. A wager of 80c or more merges the two game sets for a full game immersion, where base games become even more exciting with increased ways to win, and additional chances of triggering a feature, as well as showcasing a unique reel set of 6x6x7x7x7x7. Westworld also features a unique math model that is completely new to the gaming industry.

The base game features include Reverie Respin with a “Hold & Respin” mechanic, and Delos Replay, which adds mystery wilds or multipliers to the reel set.

The new addition to the firm’s offerings features include Delos Lab Free Games, which are free games with a phantom pick where players can win credits from up to three different free games that play simultaneously; and Mariposa Free Games, which offer the player the action of persistent wild reels for the chance to win big.