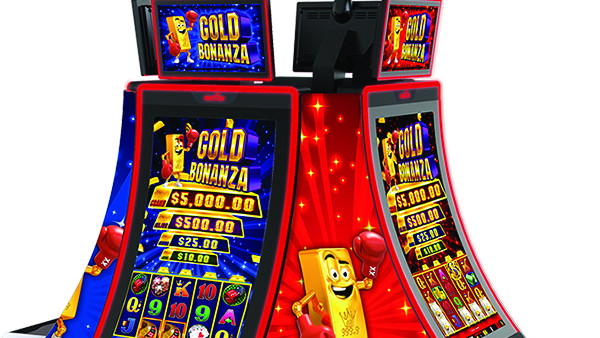 Games developer Aristocrat will be bringing a number of new and expanded game ranges to the show, displaying products on both standard and curved platforms to offer greater game variety.

[dropcap]A[/dropcap]ristocrat Technologies hopes to underscore its ‘passion for gaming’ at ICE 2017 as the company demonstrates a range of standalone gaming solutions coming to the EMEA region in 2017.

Meanwhile the Gold Collection of Aristocrat’s enhanced classics is bolstered by the arrival of Fortune King Gold and Buffalo Gold.

“Aristocrat has taken the strongest game mechanics from its highest performing standalone and licensed games and injected fresh spins on them to deliver even greater entertainment.” said Aristocrat’s sales director for EMEA, Erik-Jan van den Berg.

“A key aspect of the 2017 portfolio is the broad number of games being made available for both standard and premium curved portrait platforms, delivering even more playing variety.”

Meanwhile Fabulous Riches and World of Riches have been designed to incorporate the upper screen feature an interactive, horizontally scrolling jackpot wheel.

Aristocrat’s ICE collection of games represents a true spread of strength and depth, marrying the most popular proven gaming concepts with a wealth of new creative ideas.

The E-Series portfolio adds new slot games with features influenced by the Max Stacks mechanic and the Arc Single range of E-Series games introduce Jade Garden, Gardens of Magic and others all designed to take advantage of a portrait playing field. Also designed for a portrait unit, Wonder 4 Tower is joined by a counterpart game Wonder 4 Tall Fortunes.

“Our game segmentation strategy has been paying dividends in terms of overall game performance on gaming floors across EMEA over the last 12-18 months and this new generation of games will help to strengthen the popularity of Aristocrat games over the next year,” he concluded.