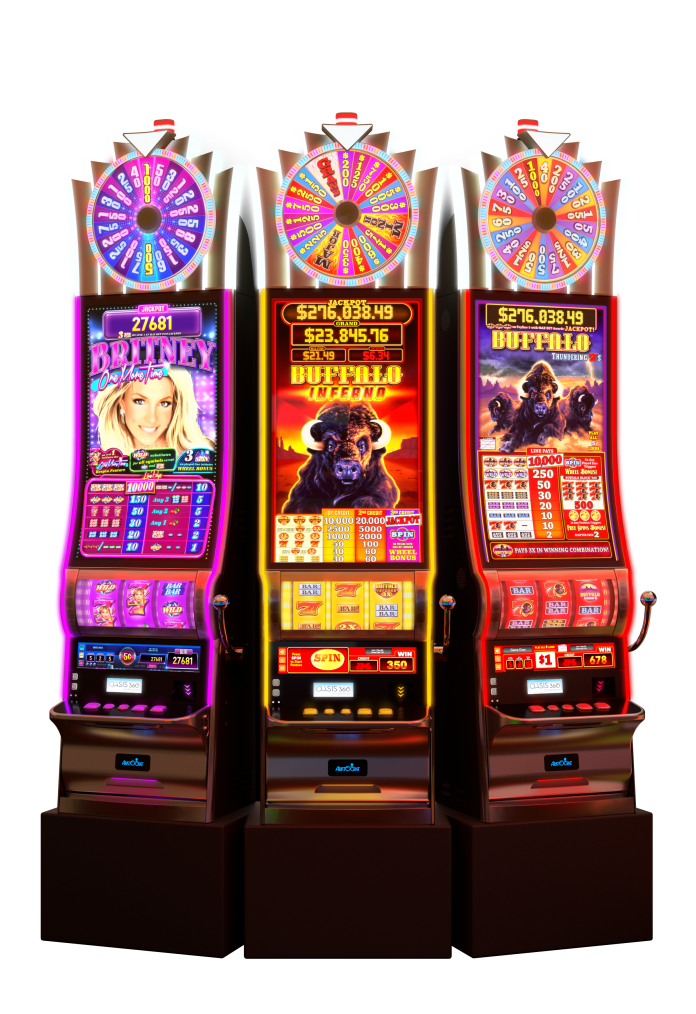 In booth #1141, Aristocrat and VGT will show more of what works for their customers and their players, such as new titles, the Oasis 360™ gaming systems solution, cabinets, and the new OVATION™ product line.

Aristocrat’s titles “take a step up”, the company says, in Aristocrat’s new RELM XL™ reel spinner cabinet. Building on the success of the RELM™ cabinet, RELM XL features a dynamic topper wheel, a range of denominations to cover the floor, and games players love, such as the Buffalo™ and Britney™ game themes.

Also appearing on flame55 is the Mariah Carey™ game theme, and a new version of the acclaimed Tim McGraw™ slot game. Additionally, Aristocrat will debut a completely new, globally recognized license on the cabinet at G2E.

The fun and entertainment on Aristocrat’s Arc Double™ cabinet includes all-new X Files™ and Tarzan™ games created just for Arc Double, a rocking party licensed title to be revealed at G2E, and titles such as My Cousin Vinny™ and The Big Lebowski™.

VGT will exhibit alongside Aristocrat at G2E. Wilson said, “For us, bringing together Aristocrat and VGT was a marriage of capabilities and complementary skill sets with core values, and we see that manifest itself in many exciting ways, including the RELM™ stepper cabinet and the new OVATION™ video game platform for Class II.”

Other OVATION games appear in Aristocrat’s innovative Helix+™ cabinet, which has been lauded by operators for its look, performance, and ease of maintenance. The OVATION platform and its games are backed by VGT’s superior service model.

At G2E, VGT will show the OVATION line featuring Aristocrat player-favorite game titles including Electric Boogaloo™, Golden Peach™, Golden Zodiac™, Journey of Fire™, Spirit of the Fox™, 8 Wishes™, Rocket Riches™ and Wild Texa’Coins™, among many others.

Aristocrat and VGT can be found at Booth #1141.