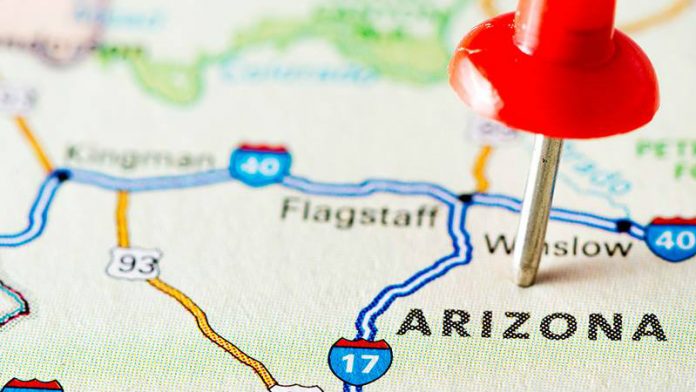 Games manufacturer Scientific Games now has a network of new terminals touting the latest software throughout the US state of Arizona.

[dropcap]S[/dropcap]cientific Games has announced that it has successfully launched its latest generation lottery gaming system for the Arizona Lottery.

The system is now live with retail terminals across the state, increasing the momentum behind the Lottery’s strategic plan to grow sales and financial returns to state beneficiaries.

Designed and installed by Scientific Games, the company said that its new gaming system brings significant improvements to the consumer experience at retail, advanced promotional and content delivery capabilities, as well as enhancements to data security and communications between the Lottery and its retailers.

“We could not be more excited about the success of our gaming systems conversion,” stated Gregg Edgar, executive director of the Arizona Lottery. “The collaboration between our team and Scientific Games has been unprecedented throughout this nine-month project Retailers are very pleased with the new point-of-sale equipment and this new system will help the Arizona Lottery move forward in our goals to significantly grow retail sales and increase contributions to our state beneficiaries.”

In July 2015, the Arizona Lottery awarded Scientific Games a new contract for its gaming system, with its Evaluation Committee Report noting: “SGI is an industry leader in innovation and offers the best opportunity to grow lottery sales in this ever-changing environment as we move into the future.”

Pat McHugh, SVP of global lottery systems for Scientific Games, said: “We are very pleased to see so much excitement surrounding this conversion. Scientific Games aligned with the Lottery’s strategic goals and our teams have worked well together every step of the way. We’ve implemented the company’s most advanced, open architecture AEGIS system here in Arizona. It is a next generation system that will serve and support the Lottery’s growth plans today and in the future.”

“Our WAVE and Flair point-of-sale terminals and Lottery InMotion digital advertising system have been a hit with retailers and players,” he continued. “We congratulate the Arizona Lottery on their foresight and express our sincere gratitude for trusting Scientific Games with this technology implementation. We look forward to leveraging the capabilities of the new system, products and services to increase funding for the Lottery’s beneficiaries.”

Scientific Games has provided instant games to the Arizona Lottery since its inception in 1981. Today, with operations on six continents, the company provides lottery games, services, systems and retail technology to more than 150 lotteries globally, including nearly every North American lottery.