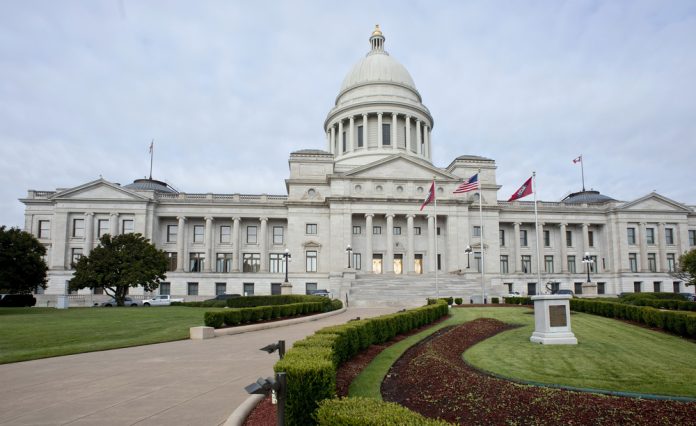 A constitutional amendment proposal that would authorise up to three casino premises in Arkansas has been submitted to to the state’s attorney, reviving hopes of gaming legalisation in the region.

An Arkansas private interest group has submitted proposals for a constitutional amendment that would pave the way for up to three commercial casino properties in the state.

Driving Arkansas Forward is behind the latest push for gaming legalisation and has highlighted a raft of potential public service windfalls that would arise from the taxation of any operations.

“Our highway system must be a priority if Arkansas wants to remain competitive nationally and provide the best economic opportunities,” said Nate Steel, counsel for Driving Arkansas Forward.

“This amendment focuses on highway funding while creating a fair, transparent and merit- based process for issuing gaming licences. We can no longer afford to lose potential gaming revenue to surrounding states when we have the opportunity to keep that money here and create jobs in communities that need them.”

Each winning casino operator would need to invest at least $100m as part of the tendering process. The proposal further states that the Lottery Division of the Department of Finance and Administration would allocate the gaming licenses in question through a merit-based selection appraisal, with the approval of local leaders then needed for the situation of a casino within their geographical remit.

The three statewide licences would be required to abide by further locale constraints and would be provisionally allocated to Jefferson and Crittenden counties, and a third in either Miller, Mississippi, Pope, Union, or White county.

Following news of the proposal, a number of operators and investors expressed interest in bidding for the available casino licences, with the most noteworthy names associated being the Quapaw Tribe. It is reported that the group would seek to construct a $300m commercial hotel and casino resort if they were to receive on of the licenses.

The legislative proposal was officially submitted to Attorney General Leslie Rutledge in early January, with her approval being required before it can be included in a scheduled statewide referendum, to be held in November.

Once this approval is granted it is then down to the lobbying group to obtain 24,859 signatures from Arkansas residents before the round of referenda later in the year.

The state has a history of pushing for casino gaming to defend against the rampant riverboat market along the Mississippi river at the state’s eastern edge, with the last effort being shot down by the Arkansas Supreme Court in 2016.