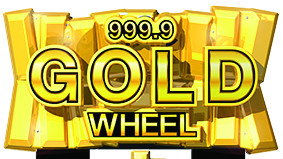 Gaming equipment supplier Aruze Gaming is excited at the prospect of presenting its Cube-X Vertical platform, which takes pride of place among its product portfolio at this year’s ICE.

[dropcap]A[/dropcap]vailable in both the Vertical 80 and the Vertical 40 cabinets, the Cube-X Vertical Tower Stack series incorporates innovative play mechanics that allow the player to choose up to three play areas adding up to 150 lines, but also gives them the option to move these areas around.

The Tower Stack series on the Vertical 80 cabinet allows for four progressive levels, while playing the Plus Factor ante bet adds additional features like wild symbols on reel five, an extra selectable play area, and also enables the player to trigger the Pile ‘Em Up Jackpot Challenge. Cash Locomotive features two progressive levels and two fixed bonuses, which can be linked or stand alone, and is currently available in four game titles.

One of the bright stars in Aruze’s lineup is the highly successful Cube-X Ultimate cabinet which combines Aruze’s radiant reels technology with a mechanical bonus wheel.

Cube-X Ultimate is available in both three reel and five reel stepper games in the popular 999.9 Gold Wheel series.

All games feature four levels of progressive jackpots that are included as slices on the big bonus wheel and won through the wheel-spin bonus.