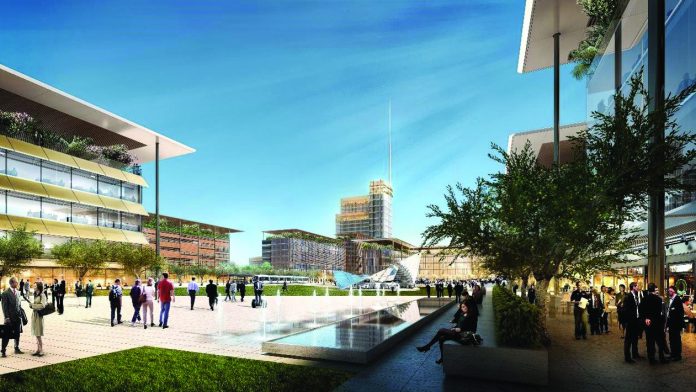 Following last month’s announcement of Europe’s first integrated resort in the Republic of Cyprus, a similar venue could now be in the works for Greece, following the passage of legislation through the country’s parliament.

[dropcap]A[/dropcap]t the height of the 2010 Euro crisis, a polemic headline in the German tabloid Bild bid the beleaguered Greek government: “sell off your islands … and the Acropolis with it!”

Four years later, the government controversially sold off Athens’ former international airport at Elliniko, a swathe of land three times as large as the Principality of Monaco.

This June, following a deal between the Greek government and real estate company Lamda Development, it was decided that 667 acres of the 1,532 acre site – located just over four miles south of central Athens – will be given over for development, dubbed The Hellinikon, including a casino, hotels and homes along the waterfront, in addition to a new marina.

The remaining land will be given over to a park, which will now cover an impressive 494 acres, making it larger than London’s Regent’s Park.

This December, after months of deliberations, the Greek Parliament has tabled a clause for the licensing of a casino in the new development.

It has been reported that the newly drafted law states that the concession of the casino at Elliniko will be conducted via an international tender.

Construction will likely commence as soon as the remaining details regarding the privatisation of the former airport are finalised, and it is estimated that the casino resort and the beach project make up an investment worth tens of millions of euros.

The first section of the project to be built will be the integrated casino resort, a 40-45 floor mini skyscraper which will face the marina.

Part of the project at Elliniko will also entail renovating the 1,000m Aghios Cosmas beach, addressing the issue of the numerous illegal buildings situated along the strip of land.

Commentators suggest that the passage of the bill is an important development that will reflect well in the country’s next bailout review as it was indicated in the revised bailout agreement that the completion of the Elliniko concession is to take place by June 2017.

In addition to the new casino licence, there are also provisions in the bill for the relocation of Regency Casino Mount Parnes, currently located in the mountains to the north of Athens.

At present, access to the casino, which is situated near the top of Mount Parnes, is only possible via a suspended cable car or taxi.

While the bill will allow the casino to move closer to Athens, the venue will still not be permitted to operate within the boundaries of the capital.

The Greek gaming regulator (EEEP) will be overseeing the move with a decision required within an 18-month timeframe following approval of the bill.

Over the past eight years, gross gaming revenue (GGR) at Greece’s nine licensed casinos has decreased by €500m while Regency Casino Mount Parnes experienced a 51.5 percent drop in GGR.