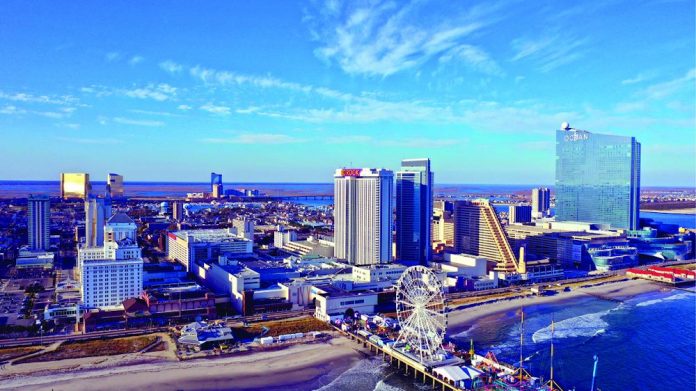 With developer Bart Blatstein expressing a desire to resume gaming operations at the Showboat, Steve Norton, chairman and CEO of Norton Management and a former casino executive holding senior roles at Las Vegas Sands, Gold River Gaming and Argosy Gaming among others, looks at just what Atlantic City needs to attract visitors from new markets.

Bart Blatstein has every right to reopen the casino at Showboat; but that is the last thing Atlantic City needs, more gaming capacity. I keep my fingers crossed that Bart will work with Paul Allen (Hard Rock), Tilman Fertitta (Golden Nugget), Steve Callender (Tropicana) and the other operators in understanding that Atlantic City needs to attract visitors from new markets.

With the advent of casino and racino gaming in Pennsylvania, New York, Delaware, Maryland, West Virginia and now even Virginia, we need to attract visitors from new markets, that don’t already have casino gaming.

That means several Southern and mid-Western cities; primarily Atlanta, Dallas and Houston. This could be achieved just with decent service from the World’s Busiest airport, Hartsfield International, in Atlanta.

Atlanta has a metropolitan population of nearly six million residents, but service from there, would connects AC with every major American city. Atlantic City’s visitor counts have declined from 35 million annually, down to an estimated 22 million today.

Most of the loss coming from the line run bus programmes, that I started in November 1978 (midweek days only), while Resorts was still a monopoly. In the late 1980’s and early 90’s our 12 casinos got over 14 million same day bus visitors a year, now down to just over a million. But this is not the kind of business we need.

We have 190 nights a year, mid-week in the off season, where we need overnight, decent rate business, like conventions and trade shows. Las Vegas learned this lesson in 1990, when Sheldon Adelson opened the Sands Expo Center, and was about to host a trade show, owned by his Interface Company, called Comdex.

Well the Sands, which I was then president/COO of, had 800 rooms, and Comdex – representing the computer industry – had 170,000 attendees and exhibitors to house. Well in 1990, the larger Las Vegas resorts, like the Hilton, Bally, Mirage and Caesars all preferred inhouse conventions, where the attendees never had to leave the property (meaning the casino).

Well Sheldon gave me the responsibility to find enough rooms to house the entire convention. Well having been in Atlantic City, at the start of gaming, I knew most of the CEO’s; so I offered them a deal; tripling their mid-week room rates to $150, (minus a 10 percent commission which also included free bus service from each property to all functions, meetings and exhibits).

We booked all of the space at the L.V. Convention Center, our own Sands Expo, plus the public space of the Hilton, Bally and I think Caesars. We gave them the majority of the profitable function business, and indicated their gourmet restaurants would be full of cash, not comp customers; and by the way give some dealers a few extra days off. Well every executive, except Bill Bennett, CEO of Circus-Circus, gave us their rooms; but Bill called me day one, asking for our free buses.

I guess our reservation personnel forgot to mention Comdex when calling a Circus property. Now, the Strip’s 24 largest casino resorts earn 73 percent of their profits from the hotel, restaurants and convention departments, only 27 percent from the casino; which at one time provided 60 percent to 70 percent of all profits.

In Atlantic City, the casino department still earns over 90 percent. That is the number we have to change, along with over 50 percent of room, food and beverage revenue being comped (the Strip is closer to 20 percent).

And my guess is that half of the casino revenues are earned from Friday afternoon to Sunday evening. I remember our occupancy’s midweek in 1976 and 1977, after we had purchased the Chalfonte Haddon-Hall, where some nights, we would be lucky if it was 10 percent.

Most of our employees worked two months a year, and then lived on unemployment, welfare and occasional weekend employment. Conventions and trade shows require air service, as does our ability to attract from Southern and mid- Western cities. Just look at Southwest Airlines, which operates from all major resorts (except AC), and is the largest carrier into Las Vegas.

And a further look at Atlanta, indicates six or seven non-stops flights daily to Las Vegas, and over 90 flights total, with stops elsewhere, but also available to get Atlanta residents to Las Vegas, probably five million available seats annually.

But forgetting the convention business, lets look at those people in the South/South-west that would like to visit Manhattan, D.C., Philadelphia or Baltimore. A double vacation could include the bargain prices available in AC mid-week, with the discount rates on Weekends, in major cities.

AC International would also be a great airport for European flights that are having a difficult time finding gates at major Eastern airports, where landing fees, higher maintenance costs and wasted fuel in takeoff stacks, should make AC International as attractive alternative Eastern gateway.

The double vacations could include luxury bus connections or smaller jets that could use regional airports, rather than the major International ones.

Or the airline companies could fly into the major cities on weekends and A.C. International, mid-week days, leaving a one way trip connecting AC and ??? More gaming capacity in Atlantic City, makes no sense, unless we find new markets, that do not yet have casino gaming; and that means new air service.

Better to subsidise new air service, than continue giving away our rooms mid-week for $40 or $50 per night. Time for AC casino operators to get together and come up with a plan to attract an airline; or start their own airline company, like Resorts International did in the