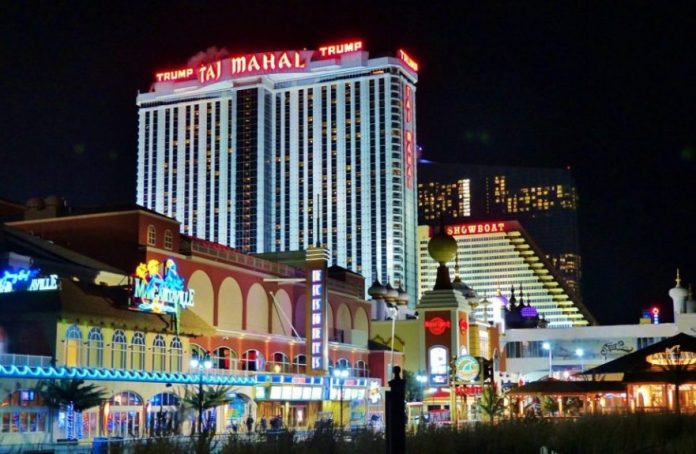 All eyes may be on the Supreme Court as it hosts arguments for why Atlantic City should have sports betting, but back on the boardwalk, land-based casinos have been continuing their rise up from recession.

When workers removed the tarpaulin from a roadside sign some dozen blocks away from the shuttered Trump Taj Mahal there was little in the way of pageantry or fanfare. An understated event indeed, but the unveiling of the first Hard Rock Casino branding in Atlantic City is a watershed moment for the town which saw five of its 12 casinos close as recently as 2014.

Four consecutive quarters of year-on-year revenue increases have helped usher in a feeling positivity along the Jersey shoreline. Tourism numbers are up, spending is up and investments are coming back.

Atlantic City casino third quarter earnings increased by almost 21 percent in on the period last year and tops off a decidedly positive nine months for the city by the sea slowly finding its feet again after the heavy impact of recent economic downturns.

“As shown in the third-quarter financial report, the seven casino-hotel properties and two online casino licensees reported the highest industry year-to-date gross operating profit since 2009, when there were 11 casino hotel properties,” commented Chris Glaum, bureau chief of the Financial Investigations for the division.

“This signifies the continued strengthening of the financial health of the Atlantic City casino gaming industry over the past few years,” Glaum said.

Tropicana led the Q3 charge, topping the charts for revenue gains, reaching nearly 70 percent growth, gross revenue stood at $46.2m for the period, nearly $20m up on the year prior.

Additionally, Golden Nugget saw 15.4 percent growth, Caesars, 10.9 percent and Bally’s 10.7 percent, which in any other quarter would all be standout results. In more modest terms, Harrah’s and Resorts Casino posted increases of just under one percent whilst the Borgata was the only casino to show losses, albeit a paltry 0.4 percent.

The turnaround of the Trump Taj Mahal into a Hard Rock venue, expected to be open for summer 2018 will no doubt be the first of many investments into the area in the coming period as such strong fiscal performances in a fiercely competitive regional market begin to make the industry sit up and take notice.

Revenues are up, footfall is up and by this time next year Hard Rock’s shutters will be up. Throw into the mix the increasing prevalence of regulated online gambling and the all-but-inevitable sports betting legislation and it would be fair the say that the only way Atlantic City is going is up.