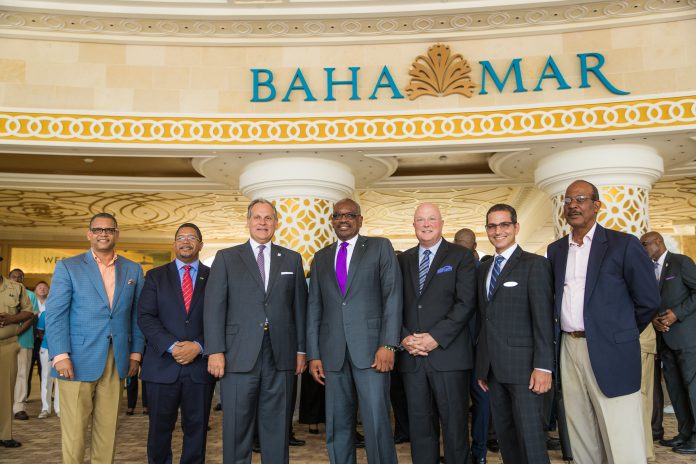 The $4.2bn mega resort held its soft-opening in April, although it did not begin accepting hotel reservations until the following month and only one of the property’s three hotels currently ready to accept guests.

Davis also claimed the SLS was on track to meet its opening target, noting that “all of our furniture is here.” The statement conflicts with claims made by Baha Mar’s primary contractor, China Construction America (CCA), in a lawsuit filed against a US supplier that is refusing to deliver 1,420 lounge chairs until it receives payment.

The chairs represent the second half of the order the Florida-based Source Outdoor was contracted to deliver before Baha Mar’s original developer filed for Chapter 11 bankruptcy.

Source Outdoor told a Florida federal judge that CCA had originally stated it would “make good monies owed” but later reneged, claiming that it was “unlikely any further payments can be made”.

CCA has a deal with the Bahamian government to ‘substantially complete’ Baha Mar by 15 October, with the company liable to pay fines of up to $250,000 if the project is not completed by this deadline.

The Florida supplier claims to be owed more than $332,000, and its legal filings questioned whether CCA was using the dispute as a smoke-screen to provide an excuse in the case that it missed its completion deadline.

“Nowhere does CCA’s affidavit indicate that CCA is otherwise on schedule for timely completion, absent delivery of these particular chaise lounges,” Source Outdoor alleged. “Are there any other delays or issues that may impact substantial completion?”