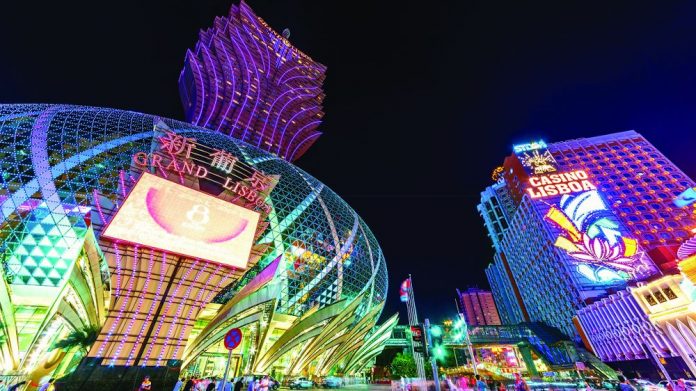 Ben Lee, Managing Partner at IGamiX Management and Consulting, talks Golden Week, the headwinds currently facing the Macau market and the impact of the Hong Kong protests, and discusses the prospects for SJM’s Grand Lisboa Palace and the Premium Mass segment.

Casino Review: Macau saw an 11.5 percent increase in visitation year on year during Golden Week this October. However, moving beyond the visitation rise, what have been some of the key takeaways from this year’s holidays?

Ben Lee: The golden week holidays are becoming less connected, or correlated, to Macau’s gaming revenue over time as the VIP market shrinks. That may sound counter intuitive however if one remembers that the VIP segment has shrunk from its peak of 66 percent of GGR in 2013 to 55 percent in 2018. The volume of revenue during that time shrunk $7.5bn

from $45bn in 2013 to $37bn in 2018 with VIP shrinking $8.8bn in that same period. Mass during that same period grew only $1.7bn or 12.6 percent. Total Visitations to Macau on the other hand grew 22.1 percent over the s a m e period, with the main – land Chinese who contribute the bulk of our gaming revenue growing 35.6 percent. That in a nutshell illustrates the conundrum of increasing visitation numbers against a backdrop of declining GGR.

CR: In September, GGR from Macau casino operators rose just 0.6 percent year on year to MOP22.1bn. What are some of the headwinds the market is facing at he moment?

BL: We have always countenanced our clients not to look at each month’s data n isolation. With the VIP segment still contributing a large chunk of GGR albeit declining, the day to day and even month to month volatility can and will increase. The short to medium term prognosis is for a continuing decline in YoY growth due to the following factors: a) the trade war that has resulted in Guangdong manufacturers relocating to Indo-China, resulting in loss of opportunity as well as ability to gamble b) increasing constraints as well as costs of moving funds out of the mainland to in all segments of the market c) the seeming incapability of Macau to wean itself off a. gaming and b. China, does not lend itself to developing a healthy non-gaming entertainment/ hospitality sector.

CR: To what extent have the Hong Kong protests impacted on Macau footfall, given that airport serves as a major hub for visitation to the city?

BL: The major impact has been on the package tours that usually cover both HK and Macau in one trip. As a result, the casinos that appear to have been impacted the most are the ones who have traditionally relied on the grind mass segment. The bridge has proven to be a major boon to Macanese as we can now access HKIA 24/7 instead of having to rely on the dwindling ferry services. In terms of its potential to increase the number of international MICE visitors to Macau, the practicalities of shuttling through the various terminals and transport modes to cross the bridge still have not been streamlined yet for international visitors.

CR: SJM has pushed back the opening date for Grand Lisboa Palace to December 2020. How much of a game-changer will the new property be for the company, and how important is it for the firm to have a presence on the Cotai Strip?

BL: GLP will finally give SJM a foothold in the VIP/luxury segment that is currently dominated by Wynn Palace and Galaxy, as well as the family segment. Its location however is on the fringe of Cotai however the high number of F&B and retail outlets in its design should enable them to position it as a fully self contained IR destination just like Venetian and Galaxy. We anticipate GLP will also be SJM’s first attempt to penetrate the VIP segment beyond the traditional relationship it has with one major junket operator, and as such, the result may surprise most analysts.

CR: Operators such as Melco and Sands seem to be betting heavily on premium mass, while the government is still focused on diversifying away from gambling. In your view, which market segment is likely to define Macau in the future?

BL: Real Premium Mass is nothing more than a new name for what used to be called VIP direct customers. With player reinvestment rates approaching that of the VIP segment at the top end, and increasing credit being granted to the premium mass players, one would be hard pushed to tell the difference. There is also a world of difference between the concessionaires as to what constitutes premium mass. The classification ranges from a low of $1,000 ADT to $50,000 so what constitutes a premium mass player in one casino may be nothing more than a high end carded mass in another. With VIP continuing to decline, the mass segment will by virtue of subtraction become more prominent, however there too, we have challenges. With total visitations approaching 40m per annum, Macau will have reached its maximum carrying capacity, which means against a backdrop of declining average spend per visitor, our long term outlook will be less than rosy.