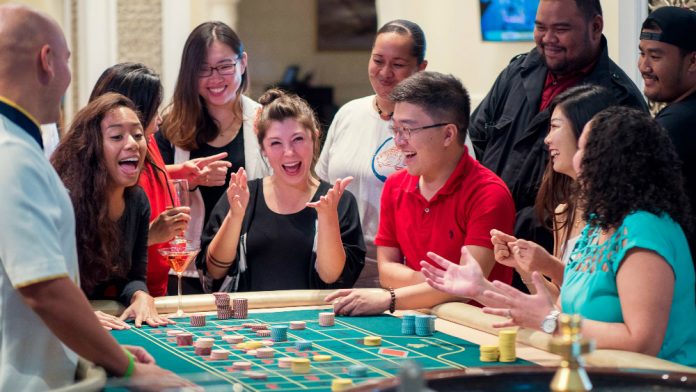 [dropcap]A[/dropcap]ugust saw VIP revenue at the Best Sunshine casino in the Commonwealth of the Northern Mariana Islands (CNMI) dip to its second-lowest monthly level, according to the latest filing from operator Imperial Pacific International Holdings.

Rolling chip volume at the Saipan facility stood at $1.55bn (E1.4bn) for the month just ended – the lowest amount since VIPs were first invited to the property last November.

However, a filing to the Hong Kong Stock Exchange the following month saw Imperial Pacific claim that the scale of Best Sunshine’s VIP operation had peaked.

“The board anticipates that the VIP gaming operations will cease to grow and have become saturated,” it said – adding that there would be scope for future growth on the opening of permanent facilities.

To date, approximately 500 VIPs have visited the Best Sunshine casino – across 600 individual VIP visits. Since VIP tables were first introduced Imperial Pacific has endeavoured to build a core of dedicated high-rolling customers – but continues to operate without the help of junkets.

“We’re dealing with our VIPs on an individual basis,” Imperial Pacific CEO Mark Brown told Casino   Review earlier this year. “We’re averaging 100 high-rollers a month – and I have a list of 400 “cream of the cream” players which we’ll be running with going forward.”

Brown went on to confirm that the company planned to collaborate with junkets in the long-term, which would represent the first instance of junket operation on US soil.

With minimal tax obligations, Imperial Pacific was awarded a licence by CNMI authorities in 2014. Under its terms, the company was granted 40 years of gaming exclusivity on Saipan, which is the main island of the Pacific archipelago.

Whilst only two years into its presence on the island – and still months away from the opening of the first phase of the permanent Imperial Pacific Resort –  the company’s Saipan venture has already proved incredibly fruitful for the Hong Kong-based firm. Its recently-published half-year financials detailed profit of HK$837m (E96m) – almost all of which was derived from Best Sunshine’s gaming income.