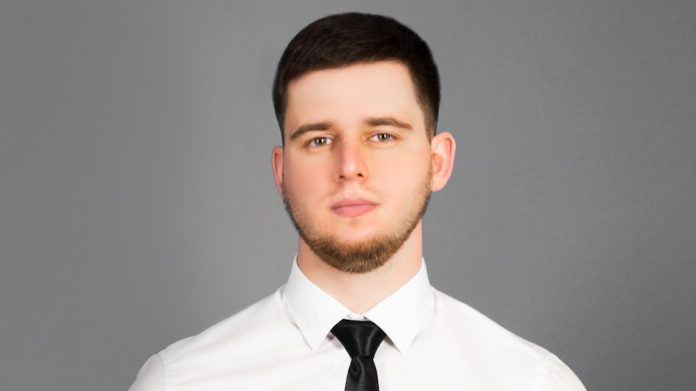 Taking inspiration from championship winning teams around the world, Betinvest is developing its newly formed esports department with a strong focus on enrolling and fostering talent from past players, fanatic FPS fans and most importantly, people who are passionate about the games themselves.

The team which is being built from scratch in 2019, will help to drive the company’s leading presence in the sector across various markets over the coming year in a bid to become one of the top three esports odds providers in the world. Exploring his approach to creating such an innovative team Betinvest’s eSports Project Manager, Vitalii Humeniuk, discusses how his career began playing Dota 2 with some of the world’s best players, Betinvest’s simple but effective customer retention strategy and why the wider industry is only now beginning to take the sector seriously.

What’s been your approach to developing your new team?

I’d say that Betinvest has assembled a team of dedicated eSports enthusiasts who were brought up in the industry and that’s what sets apart our approach from the rest of the industry. Having a team of people versed in every facet of the sector enables us to better understand the needs of our audience and offer something unique to the market – something that we lacked when the industry first began. Take myself, for example: I abandoned my eSports career back in 2013 because my parents didn’t know what eSports was and never supported me playing computer games. I remember that I used to play against famous names like ‘cr1t’, ‘NOIA’ and ‘HesteJoe Rotten’ in tournaments with prize pools of just €1,500 casted by TobiWan and Wagamama! Look at those players now! TobiWan is one of the most, if not the most, famous Dota 2 caster in the world, and ‘cr1t’, who is now playing for Evil Geniuses, took 3rd place at TI 2018. Our paths may have split into different directions, but all of us have something in common: we are still passionate about eSports.

Now, we understand more about gaming and we know which games attract the biggest audiences, all of which helps us to design our products. What’s more, we’ve assembled a strong team of traders and analysts. People always say that if you find a hobby that will bring you money, you won’t have to work a single day in your life. I can definitely agree with that statement when I think about our newly-formed team. Betinvest’s eSports analysts spend hours analysing data and new information from various games. Live traders keep their eyes peeled, offering a wide selection of live odds which are available to the end customer. Our marketing team consists of a few people who, not so long ago, were just casual eSports customers, but are now working on creating the best eSports betting service in the world.

What’s been your approach to developing eSports products for your exisiting customers and new players?

At present, we offer odds for over 20 eSports games. It’s important to remember that, although there might not be monthly tournaments running for all of those games at the same time, you’d be guaranteed to see at least six disciplines offered on our partners’ websites at any one time. Of those, the top three are: Dota 2, CS:GO and League of Legends. We offer approximately 2,000 pre-match events and up to 1,000 live events for these three major games.

As for our next steps – we’ll never stop. Our plan for 2019 is to become one of the top three leading eSports odds providers in the world. We keep looking for young talents and try to implement their ideas for new games and new markets.

We offer some of the best eSports betting coverage and have a team of analysts and live traders who calculate our odds. We provide live coverage of eSports matches and let people use smartphones, or any other devices, to watch matches and place live bets. So the answer is simple – we give our audience what they want and they appreciate our efforts.

Imagine you’re watching two people playing tennis against each other. You place a bet and, even if you’re not familiar with the players’ names, the game becomes interesting to you all of a sudden. We do the same with eSports.

This year’s ICE London saw a significantly increased eSports presence. Do you see this continuing?

Yes, we noticed this trend reflected by the requests from the visitors who came to our stand at ICE London. The number of people who are interested in eSports services has noticeably increased, but we were prepared for this and were able to offer our new partners an in-house eSports data feed.

With regards to investment in this sector, at Betinvest we are continually expanding our team of traders and analysts and forming our own odds. We plan to enter the market, aiming to become leaders in the top three eSports disciplines, and then, of course, to look into some new, booming games.