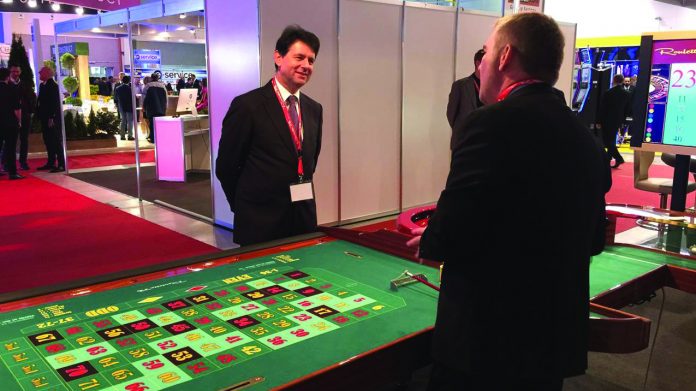 Promising a radical shift in fortunes of an iconic table game, Roulette 73 is delivering on a new vision for the casino classic.

[dropcap]T[/dropcap]here are few things more closely associated with the casino experience than the image of a spinning roulette wheel, but with the popularity of the game shifting in recent years, Roulette 73 has arrived on the market with the intent to revitalise this perennial casino stable.

As its name suggests, the Slovenian company has developed and built a roulette wheel with 73 numbers, plus a single zero, instead of the usual 37 or 38 pockets.

One of its core goals is to bring roulette back to the fore of the casino landscape by drawing in a new generation of players.

“We did analysis on the profile of roulette players,” explained Roulette 73’s sales manager, Freddy Kurilic, “and they are usually male, aged 40 or higher.” Millennial males and women of all ages tend to prefer screen-based games, particularly slot machines, but Kurilic believes that with an exciting new game and proper education of the player base, his company’s product can cause a radical shift in this dynamic.

“Our aim is to put our new 73 number roulette wheels in casinos and then continue educating players,” he said. “We are explaining to youngsters that slot machines, because of the way they are programmed, are not pure luck, however roulette it is pure luck.”

The effect it has on other players is amazing, because when they see the guy or girl getting so much, they think ‘I can win as well.’

Kurilic also noted that the sheer fact of having more numbers and chips in play has a valuable psychological effect on casino patrons. “Another element working in the background is a higher payout,” he said. “There’s a lot of psychology behind it. With existing roulette when you win you get 35 chips. With our roulette, when you win you get 71 chips. The effect it has on other players is amazing, because when they see the guy or girl getting so much, they think ‘I can win as well.’”

Education has been a common theme for Roulette 73, with some of the more narrow-minded casino managers initially suspicious of the product, due to the fact that its raw house advantage is lower than on classic roulette.

“They can’t see the whole picture,” said Kurilic, explaining that stats like house advantage don’t take into account natural human tendencies and staking limits that restrict systems. “Practically, hold is much much higher [than house advantage] because players are not playing optimal systems and table limits that limit this optimal bet.”

Roulette 73 also possesses an advantage over traditional roulette when it comes to those players who do try to use systems to maximise their potential winnings, thanks simply to the fact there are more numbers on the wheel. “Even if you’re a really smart player with a system,” said Kurilic, “you have to invest more, so it’s smaller house advantage but with higher bets and with these higher bets, this table limit is more obvious.”

In more ways than one, Roulette 73 is overturning the conventions of this iconic table game and in doing so, looks set to revitalise its fortunes.