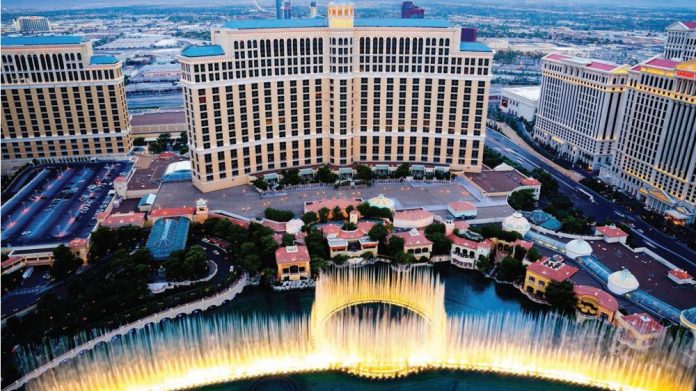 The Bellagio will be put into a joint venture controlled by Blackstone as part of the sale-leaseback deal, with MGM set to continue operating the property, while the company is also separately selling the Circus Circus to Treasure Island owner Phil Ruffin.

MGM Resorts International is selling two casinos on the Las Vegas Strip, including its landmark Bellagio property, in separate real-estate deals. The global casino giant is putting the Bellagio into a joint venture controlled by a Blackstone Group real-estate investment trust.

MGM will hold a five percent stake in the venture and $4.2bn cash and will continue to operate the property, which it will rent from the venture for $245m a year. The transaction values Bellagio at $4.25bn, the company stated.

“I would say that’s the largest single trade in the history of the Strip,” said CBRE Group broker Michael Parks, a hotel-casino specialist.

SunTrust Bank gaming analyst Barry Jonas said the transaction was “a positive for any operator looking to potentially sell Las Vegas Strip real estate given the high multiple paid”. “[T]hough we do note the Bellagio is a premier Strip asset and may not be a strong comparison for other Strip assets potentially up for sale,” he clarified.

“The opportunity to own 102 acres on the Las Vegas Strip was very interesting. From a strategic standpoint, Circus Circus is the most recognisable name on the north strip,” said Ruffin. “Treasure Island is the crown jewel in my portfolio and Circus Circus adds another layer of gaming customer to my holdings.”

MGM Resorts has been evaluating potential property deals to raise cash and pay down debt since its board of directors formed a real-estate committee in January.

MGM Resorts chairman and CEO Jim Murren said the net proceeds from the two real-estate deals will be $4.3bn, adding that the sales will free up cash, offering MGM flexibility to pursue new business opportunities.

Among the potential new business areas Murren highlighted were sports betting, non-gaming entertainment, and securing a Japanese IR licence, with the company pursuing an “Osaka-first” strategy. “That is a better use of our capital resources than the traditional gaming model,” he stated.

MGM Resorts still owns MGM Grand and a 50 percent stake in CityCenter in Las Vegas, along with MGM Springfield in Massachusetts, and 68 percent ownership in MGM Growth Properties.

Nevertheless, Murren said the company envisions owning even fewer assets in the future, as part of efforts to transition toward being a “more nimble, asset-light” operation, while the potential for further casino sales and leasebacks allows MGM to continue to “unlock and monetise” the value of its real estate.

The Bellagio is New York-based Blackstone’s second Las Vegas Strip property, following its $1.7bn acquisition of the Cosmopolitan in 2014. “Owning the Bellagio under a long-term lease with MGM provides stable cash flow and excellent downside protection for the asset,” said Tyler Henritze, head of US acquisitions for Blackstone’s real estate group.

The firm invested a further $500m into finishing and renovating the Cosmopolitan, which now commands some of the highest room rates on the Strip. Blackstone is now said to be looking to sell the property, which it expects to bring in $4bn or more, according to sources cited in the Wall Street Journal.