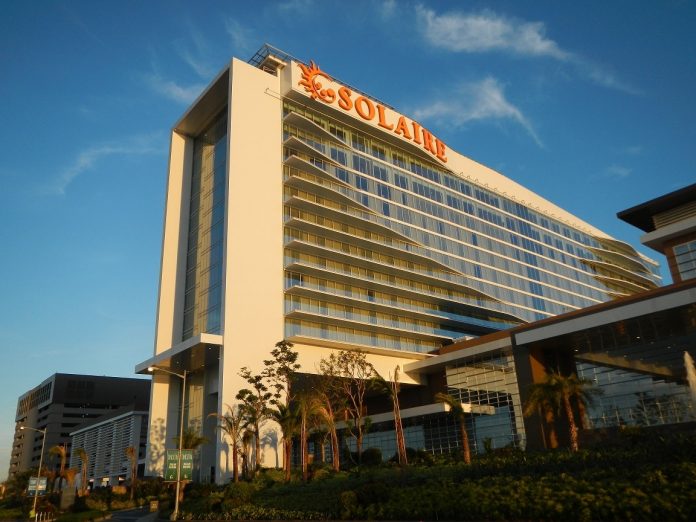 Enrique Razon’s Bloomberry Resorts has confirmed that work will soon commence on a new casino property in Quezon City, Philippines.

Bloomberry Resorts chairman and chief executive officer Enrique Razon has revealed his intention to construct a second casino in the Philippines.

Speaking to the Philippine Star, the casino magnate unveiled plans for a new $40.5m (E35.8m) property to be located in the country’s most populous conurbation Quezon City. The development will be built upon a 15,600sq.m plot of land purchased from the Philippine National Housing Authority by Bloomberry subsidiary Sureste Properties last year.

Razon claimed that the new facility – which will be the first of its kind in Quezon – will be broadly similar in design and offering to Bloomberry’s Solaire Resort & Casino, which opened in the capital city Manila three years ago.

The news came as something of a surprise to some industry observers – as it followed closely on the back of a statement by Razon asserting that the Philippine market was over-saturated.

Speaking to assembled reporters last month, Razon said that the pace of casino development in the country was “too fast,” whilst revenue derived from local players was “not growing as fast as the industry wants it to”.

Whilst Solaire’s first year of operation proved bountiful – with the property netting a $91m (E80.45m) profit by the close of December 2014 – last year saw a dramatic turnaround in fortune for the resort, after it suffered a net loss of $72.8m (E64.4m). Whilst bad debts and one-off costs were cited as being instrumental in this reversal, heightened competition in Manila was also likely to have played a pivotal role. Solaire was the second major commercial casino property to open its doors in Manilla’s Entertainment City complex – ending the Genting Group’s Resorts World Manila’s exclusivity from 2009. But Melco’s City of Dreams came hot-on-the-heels of Solaire, welcoming its first customers in 2014. Soon to be added to the mix will be the Manila Bay Resort, which by the end of the year will round the number of contending resorts up to four. Meanwhile, a fifth, Resorts World Bayshore (a Genting joint venture) is slated for a ribbon-cutting of its own at some point in 2018.

As the number of casinos in the Philippines catapults ever-upwards, player-traffic from China has slowed considerably as a product of the ongoing anti-corruption drive – leaving operators increasingly dependent on a sluggish local market.

And indeed, it appears that the upcoming, as yet unnamed development from Bloomberry will principally be aimed at attracting regional player-base. In a market note posted by Union Gaming Group Asia analyst Grant Govertsen, the “new, locals only casino” was lauded as a concept that “made a lot of sense”.

“We believe that the majority of GGR generated at the various Manila-area IRs and legacy casinos is derived from persons living there (locals and expats),” he said. “As such, with Bloomberry’s Quezon project being developed in an area even further from the airport, the entire focus of this project should be mass market locals. This, along with a smaller footprint, and a less complicated building process, argues for a much lower development cost on a per-square-foot basis.”

Construction work on the new Bloomberry property is set to get underway next year, with a projected opening for 2019.

Having formally opened Solaire Resort & Casino, a premium luxury integrated tourism-hotel and casino resort, in 2013, Bloomberry has led the way in Manila’s Entertainment City development, gaining an auspicious head start over the three other private gaming operators that are set to develop their own projects within the zone.

Last year, Bloomberry unveiled plans to expand into South Korea after the group signed separate deals that would see it acquire up to a 92 per cent stake in THE Hotel and Vegas Casino on Jeju Island and a land purchase in the form of the 20.96ha Silmido Island in the Incheon Free Economic Zone.

More recently, Bloomberry was announced as a bidder for a lucrative casino licence in Cyprus, along numerous international competitors. The next stage of the bidding process is due to take place in July.