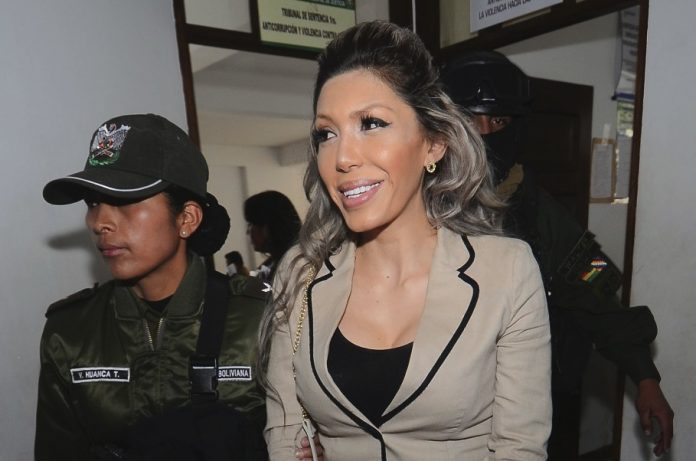 A saga of sex, lies and paternity claims has gripped Bolivia amid the ongoing trial of Gabriela Zapata, the former girlfriend of Bolivia’s president, Evo Morales, who has been accused of influence peddling in return for the granting of gaming licences.

Gabriela Zapata, the former girlfriend of Bolivia’s president, Evo Morales, has been accused of selling her influence in return for the granting of gaming licences and offering to change Bolivia’s gaming laws.

Zapata is currently facing a raft of charges including a range financial crimes, as well as misuse of public goods and services.

Following a February referendum, Morales narrowly lost his bid for a fourth re-election, but this was largely overshadowed by the revelation that his former girlfriend, Zapata, had helped secure $500m in government contracts for the Chinese engineering firm which employed her.

This April, three figures in the Santa Cruz gaming industry have testified that they were among those targeted by Zapata as part of an influence peddling scheme.

According to the Public Prosecutor’s investigation, Zapata, together with lawyers Sigfredo Antelo and Walter Zuleta, asked for money in exchange for assurances that they would help influence a new gaming law that was supposedly being developed.

Hovsep Antonio Assef Gonzales, a witness for the prosecution, characterised Zapata as “always aggressive, always overbearing and authoritarian” and testified that in May 2016, she had asked for $ 400,000 to legalise gambling parlours in the country, but that he only gave her $50,000.

“She [Zapata] was going to be part of the activity as a participant, as a partner … but I did not move forward with the project after they began to make changes to the agreement,” said Assef. “I began to distrust [them] because when the alms are very large alms even a saint would be distrustful.”

Assef, in a witness statement made in May 2016, clarified that prior to 2012 he operated two gaming parlours in the capital, Santa Cruz, but that after these were closed by the national gaming authority he had been unable to renew the licences.

Meanwhile, Fernando Ramos said that he handed over $10,000 after he was contacted by Antelo, who told him that he knew “a woman of power with influence with the government” and that they could help shape a new gaming law which was currently in the works.

Javier Lozada Guzman, owner the Flamingo gaming parlour, testified that he refused after Antelo, Zuleta, and Zapata asked for a 70 percent share of his business. All three affirmed that Zapata had met with them in the Radisson hotel in La Paz, in the same street as the Unidad de Apoya a la Gestion Social – whose former head Cristina Choque has also been implicated in Zuleta’s dealings – with other meetings taking place at Zuleta’s legal practice.

The development of the Bolivian gaming industry has been hampered due to the lack of a clear legal framework in the country where gaming law dates back to 1938.

While the 1938 law banned all types of gambling in Bolivia, due to the rise of unregulated gaming the government was forced to grant around two hundred slot parlours a temporary licence to operate in 1997.

In 2010 the Congress finally managed to pass a new gaming act which allows the central government to reap 70 percent of the tax income generated by gaming and gives the government total control over the industry via a newly established gaming board.

Set up in 2007 the gaming board, Autoridad de Fiscalizacion del Juego, finally issued just two licences in 2014 to Curucusí Games S.R.L and Max Entertainment S.R.L, however all other gaming establishments currently operating in Bolivia are forced to doing so illegally due to the lack of licences.