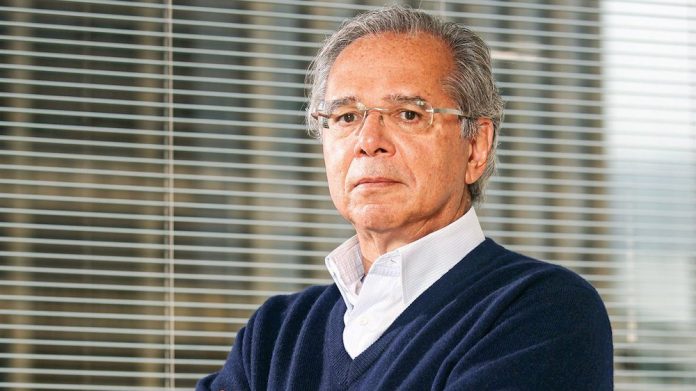 Jair Bolsonaro’s win in the presidential elections suggests that Brazil is unlikely to see the legalisation of gaming any time soon, legal experts concede, however there may still be glimmers of hope on the horizon.

Brazil’s far-right president-elect Jair Bolsonaro won a significant election victory on 28 October, taking 55 percent of the vote. However his rise to the presidency could have far-reaching implications for pro gaming legislation taking shape in both houses of the country’s National Congress.

Social factors feed in to Bolsonaro’s antipathy towards the gaming industry. Evangelical Christians – traditionally hostile to gambling – make up the core of the 63-year-old former army captain’s support base.

The faith is in the ascendancy, with Evangelicals in line to become the country’s biggest religious demographic in the next decade, while they currently make up 29 percent of the population.

“Evangelicals could define the country’s future over the next generation,” said Jeffrey Lesser, a Brazil specialist at Emory University in Atlanta.

In light of this, Brazil’s 38th president is likely to be wary of upsetting the proverbial apple cart.

“Given Jair Bolsonaro’s support by the religious and military factions of Brazilian society it is more likely that he will probably not look that favourably to the legalisation of gambling in Brazil,” explained Neil Montgomery, managing partner at Montgomery and Associates.

“It is also worth noting that the senator who was the biggest opponent to the legalisation of gambling – because of his religious background – Magno Malta, was not reelected. He is a close ally of president-elect Bolsonaro and was even considered for the vice president position.”

Edgar Lenzi, a lawyer and director of BetConsult, shares Montgomery’s view, although he acknowledges that it is “still uncertain” what the president-elect’s final position on the industry will be.

“There are good and bad factors involving his election. It is too early to affirm how the legalisation could be impacted, however, there is a [general] feeling that his election will be negative for it,” Lenzi clarifies.

“He had the support of many religious leaders and party members, which can be seen as a negative factors, since these people are often against the legalisation of gambling.”

Speaking in the week before the elections Bolsonaro was quick to dismiss rumours in the press that he would consider legalising gambling in what is Latin America’s largest country by GDP.

“This is unbelievable: Now I am supposedly legalising casinos in Brazil. Me? No one could believe such nonsense! We know that if casinos were allowed here, they would be used as a money-laundering tool. Also, they would be detrimental to Brazilian homes, as many people give themselves away to gambling addiction, causing major family chaos,” the president-elect stated, speaking during a live Facebook feed.

Nevertheless, despite highlighting his opposition to gambling, prior to the most recent announcement Bolsonaro had not completely ruled out legalising it to some extent were he to win the presidency. “There is a possibility …that each state will be able to decide [whether or not to allow] gaming,” he explained, speaking to the Rio de Janeiro Trade Association (ACRJ) earlier in the year. “In principle I am against it, but we will look at what would be the best outcome.”

“There are several factors in his favour, in a recent interview he said that…delegating the legislative initiative [for legalising gambling] to the states, similar to what happens in the US …would be the best way [to deal with the issue],” Lenzi continued.

“Also, his finance minister is Paulo Guedes, an economist who is well-known for his liberal beliefs. So this could cause [the president-elect] to change his mind, especially if it is demonstrated that it is in the best interest of the country.”

The University of Chicago-trained Guedes is set to be named as a “Super Minister” overseeing the national finances after Bolsonaro – who’s acknowledged that he has only a “superficial understanding” of economics – is sworn in as president this January.

Guedes recently described Brazil as “hell for entrepreneurs”, while his proposals include cutting the deficit and the public debt and reshaping public spending, with speculation in the media that he has been advocating for the legalisation of gambling behind closed doors.

“Guedes is a very important member of the government, and if he – in accordance to his liberal beliefs – believes that the legalisation of gambling can be positive to the Brazilian finances, he might push the agenda forward along with Bolsonaro, who has shown a lot of respect towards [his] economic positions,” wrote BetConsult’s Marcelo Munhoz da Rocha, in a recent comment.

Ultimately, the idea of a multi-billion dollar regulated gaming industry in Brazil might be too tempting for the new government to pass up.

“The legalisation and regulation of the Brazilian market – either federally or on a state by state basis – could result in a major revenue boost for the government’s finances, which will surely be of interest for the Bolsonaro administration,” Lenzi concluded.