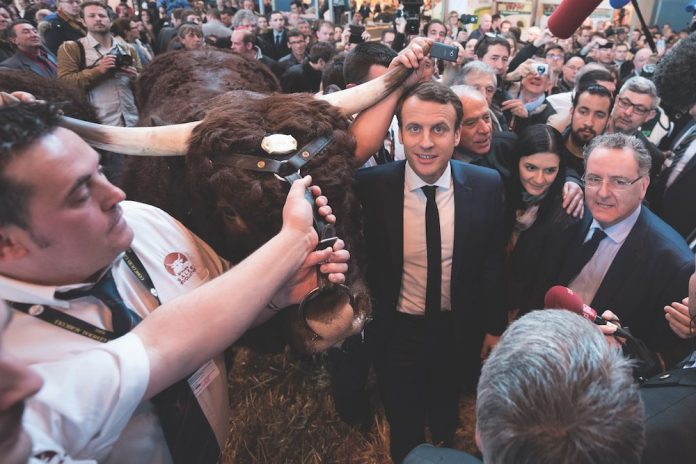 Ian Fleming built his plot for Casino Royale around James Bond playing a game of baccarat in a French casino, now the game could be set to attract Chinese tourists to the capital’s new clubs de jeux. Casino de France’s executive director, Philippe Bon, discusses the new normal as the Macron era dawns in France.

I want France to be a startup nation, meaning both a nation that works with and for the startups, but also a nation that thinks and moves like a startup,” declared Emmanuel Macron at a tech conference in Paris this June.

On 18 June, his movement turned political party, En Marche!, took 350 seats in the French parliament, l’Assemblée nationale, an ‘absolute’ majority far above the benchmark of 289 seats, sweeping aside the traditional parties and securing a powerful mandate for pro-business reforms.

How will all this work for the French gaming industry one might ask? Philippe Bon, the executive director of Casino de France suggests that the country’s operators should be cautious about the new status quo.

“We have a new government and a new president, at present the national budget is very low and so we would expect him to begin to look to the casino industry – we’re talking about two hundred casinos with a GGR of around E2.4bn – in the search for new revenue streams, so we are very vigilant about this,” he states.

In a May economic forecast, Brussels laid out the scale of Macron’s task to balance France’s problematic public finances as it warned that Paris’ efforts to rein in spending would prove more difficult than previously thought.

“The French spend too much money and spend it on the wrong things,” said European Commission president Jean-Claude Juncker, speaking in Germany this June. The relationship between casinos and the political establishment is a complex one, while politicians tacitly acknowledge the gaming industry’s contribution to the French economy, few public officials are willing to go on record in their support of the sector.

“In France, the mayor of a town is always happy to have a casino, because of the tax revenue the town receives,” explains Bon. “But nobody says in public that a casino is a great thing for his town.

“So, during the election and during the campaign, a politician would never talk about the casino industry, because they think it’s not a good thing for the public opinion.

“Likewise, in the political programme set out by the new government, there is no mention of the gaming sector.

“We’ve seen one example of this recently, while the mayor of Paris, Anne Hidalgo, has publicly stated that she is opposed to casinos and the gaming industry, she didn’t try to stop the legislation for the new clubs de jeux (gaming clubs), since she knows that there are many jobs in play,” he continues.

In May, the previous government published a decree signed by the Minister of the Interior, laying down the conditions for clubs de jeux – able to host table games but not slot machines – in Paris. The text completes the law of 28 February this year, which puts an end to the prohibition of gaming within the capital, with the legislation due to come into effect in January 2018. Companies will initially be allowed to operate clubs de jeux during a three year trial period, while the new venues will be permitted to offer a range of table games including several forms of poker; punto banco; billiards; and key to cornering the Chinese market – baccarat and mahjong.

“To be present in Paris when one is a leader in the French market is important,” underlines Fabrice Paire, chairman of the Board at Groupe Partouche. “We will open one or more gaming clubs unless taxation is a deterrent.”

Industry commentators suggest that the new legislation should eventually see between five to 10 such clubs in the capital, with a number of major French operators including Groupe Barrière, Groupe Partouche, Groupe Joa, and Groupe Tranchant reported to be interested in the new licences.

“The new clubs are replacing gaming circles, which are being phased out, firstly because they do not have the same potential in terms of taxation, and also because of their lack of financial transparency,” Bon adds. “So this is why the government has called time on the gaming circles – money laundering and taxation issues.

“While the taxation framework has yet to be announced, it’s likely that it will be a little different from that which applies to casinos, because the government wants to encourage the development of the clubs.”

However Bon raises the concern that following the conclusion of the trial period, the clubs de jeux will be permitted to operate gaming machines after all.

“If that was to happen it would be the end of the monopoly of casinos in the country, so that possibility is still a worry for us, although thankfully it is just speculation at this point.”

Despite these long-term issues, Bon suggests that the clubs de jeux based on a similar model to London’s Mayfair casinos, albeit sans-slots, could appeal to Chinese visitors, whose numbers have dropped dramatically amid ongoing terrorism concerns.

“In 2016, there were 1.6 million Chinese tourists compared to 2.2 million in 2015. The number of Japanese tourists dropped 39 per cent, and Koreans 27 percent,” said Jean-François Zhou, president of the Chinese Association of Travel Agencies in France.

Chinese tourists are Paris’ biggest spenders – upmarket department store Les Galeries Lafayettes has revealed that visitors from China are their main customers and their average Chinese shopper spends E1,400 per visit. Moving beyond the capital, France’s casinos are largely limited to coastal towns, with Bon arguing that the legislation, limiting casinos is overdue an update, with French casino operators seeking to expand beyond their historic hunting grounds of chic holiday resorts in search of younger customers.

The industry which has thrived despite strict regulation and a century-old ban in the capital Paris is now eyeing big urban centres where it was once unwelcome, while cash-strapped local governments looking for additional ways to raise revenue.

“Casinos are important to France’s tourist industry but I think there is a real potential which is not being explored at this time,” Bon contends. “This structure of the industry in France means there are a significant number of areas without casinos, however to access this potential market would require a change in the law.

“So the demand is there, but under the current structure it’s impossible, for example, to create a half scale version of Las Vegas or a casino complex in a new region.

“However, this legislation could be updated, since it’s a very old law,” he concludes.