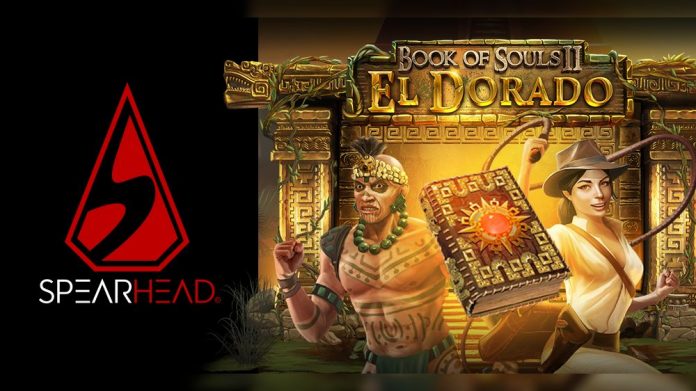 Spearhead Studios releases Book of Souls II: El Dorado, the sequel to the developers’ top performing title. The new high-volatility game transports the players to the promising land of South America where they can follow Lara Jones to uncover the secret treasures hidden inside a golden temple.

Following the massive success of Book of Souls, Spearhead Studios invites players to join the magical world of the ancient El Dorado. Lara Jones is a loved character by players around the world, and her adventures are set to raise the entertainment levels to a maximum.

Mathias Larsson, Managing Director of Spearhead Studios, says: “Book of Souls II: El Dorado is our sequel to our blockbuster game Book of Souls. Yet again we get to follow the main character Lara Jones deep into the jungle to find hidden treasures. This time around we’ve put more features and higher volatility in the game.

“This is our first out of three flagship games for this year. We have spent a great deal of time to get this game perfect for the players who already love the work we’ve done with the first release.”

Kevin Corti, Game Development Director at Spearhead Studios, comments: “Book of Souls II: El Dorado is probably our most visually impressive game to date. It delivers a win potential up to 20,000x, is feature-rich and, as usual, features a cinematic soundscape.

“Our goal was to transport players to the South Americas to the site of an ancient, golden temple coated in gold, lost in the jungle, and with the promise of discovering immense treasures inside it.”

The base game offers two random features – the El Dorado Fortune Wheel (low for high symbol replacement) and El Dorado Cascade Spins, keeping the player engaged in between bonus feature sessions, and each with the prospect of generating big wins.

Visit SpearheadStudios.com to test our games and drop us a line at info@spearheadstudios.com for the integration details.