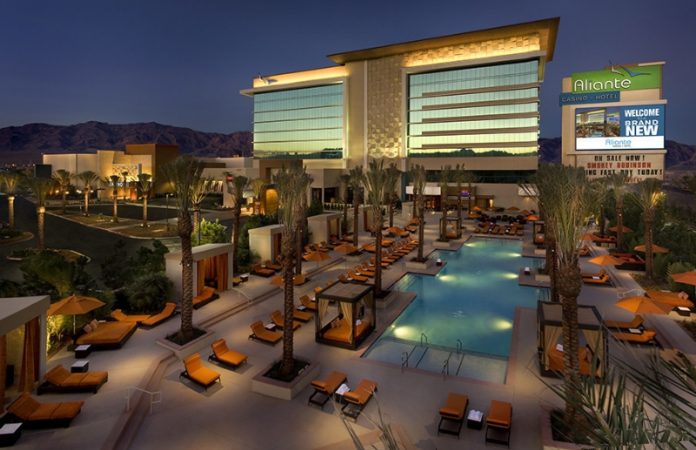 A week was all it took for Boyd to expand its Las Vegas Locals division to 12 properties, with the purchase of the city’s two Cannery Casino properties as well as the Aliante Casino, Hotel & Spa.

[dropcap]B[/dropcap]oyd Gaming Corporation has moved to acquire three off-strip properties in Las Vegas, in a move that some industry observers have claimed is indicative of a wider recovery in the city’s locals market.

Within the space of a single week last month, Boyd announced that it had agreed two separate deals which would see it take control of both the Las Vegas assets of Cannery Casino Resorts, as well as ALST Casino Holdco – the holding company of the Aliante Casino Hotel. Boyd paid $230m (E200m) for Cannery Casino’s two hotel-casino ventures – one of which is located on the city’s east side, opposite Boyd’s Sam’s Town property, whilst the other is in North Las Vegas. Boyd’s third new portfolio addition – the Aliante – is positioned close by, on the 215 Beltway. Situated within the master-planned community of Aliante, the property opened in 2008 and bills itself as an upscale, resort-style casino and hotel offering premium accommodation, gaming, dining, entertainment and retail. Originally developed at a cost of some $660m (E586m), Boyd claims to have taken control of the Aliante for total net cash consideration of $380m (E337m).

Both acquisitions are expected to close by the third quarter of 2016.

Boyd anticipates swift gains in its first year operating the two Cannery venues. Indeed, a press statement on behalf of the firm declared that by means of various cost-saving and operational changes, the company believes the two sites could make back as much as $32m (E27.8m) in profit over the course of the next 12 months. In reference to the Aliante meanwhile, Boyd chief executive and president Keith Smith claimed the casino would form a worthy addition to what was “the fastest growing segment” of the company.

“Aliante is an asset without rival in the North Las Vegas market, strategically positioned to benefit from substantial future growth across the northern part of the Las Vegas Valley,” he stated. “With significant residential and industrial developments moving forward in the area, Aliante’s long-term potential is compelling.”

Smith added that the Aliante also proffered Boyd “significant synergy opportunities” which would enable the operator to swiftly improve its profit margins and overall financial performance.

Gaming analysts have suggested that the acquisitions bear out a wider, ongoing recovery in the off-Strip market – which primarily caters to a local, resident player-base. According to the latest analysis from commercial real-estate firm CBRE, the Vegas locals market enjoyed modest growth last year – increasing 2.3 per cent on its 2014 gross to $2.15bn (E1.87bn).
Boyd itself has already been a direct beneficiary of this return to form. Last year, Boyd’s Las Vegas Locals division took in over $610m (E530.7m), representing nearly 28 per cent (up from 22 per cent the previous year) of the company’s total net revenue.

News of Boyd’s latest acquisitions followed on the back of the release of its financial results for the first quarter of 2016. In the three months to March 31, new revenue remained relatively stable at $552.4m (E480.3m), compared to $550.6m (E478.7m) in the prior-year period.

Adjusted EBITDA fared substantially better, enjoying 7.5 per cent growth to $160.4m (E139.5m). A robust performance from the company’s Las Vegas Locals properties was seen as being instrumental in achieving the profit gain.

“Our company continues to perform at a high level and deliver strong results, as the positive trends we saw in 2015 carried into the first quarter of 2016,” said Boyd CEO Keith Smith. “Thanks to a strengthening southern Nevada economy, growth accelerated throughout our Las Vegas Locals business, which achieved its best year-over-year revenue comparisons in more than a decade.”