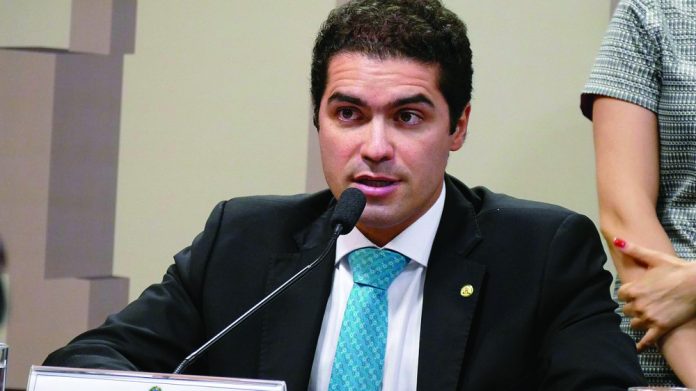 The president of the Tourism Commission, deputy Newton Cardoso Jr, stated that the legalisation of casinos separately from other gaming modalities would generate additional revenue, create jobs, and promote investment in the country.

During a recent debate, the Chamber of Deputies’ Tourism Commission lent its support to the legalisation of casinos in the country, which it suggested would contribute to regional tourism development.

“There is no resistance [to legalising gaming per se]. The momentary difficulty is in identifying which is the best draft bill, the legal framework, and geographical issues regarding the re-legalisation of casinos in Brazil once again,” said deputy Newton Cardoso Jr, president of the Tourism Commission.

“Of course, we will have to look at the issues surrounding whether or not to legalise other gambling activities after the casino discussion, but [the idea of legalising] casinos generally seems to be acceptable to the Chamber of Deputies and the National Congress.

“I’m particularly in favour of it. What is expected in terms of revenue, job creation, and investment in the country is extremely relevant right now,” he added.

Despite this, Cardoso Jr contends that casinos should not just be limited to large urban centres, and argues that IR development could be used to attract tourists to lesser known regions of the country. In line with this, deputy Pedro Augusto Bezerra highlighted the region of Cariri in Ceará state, as an area which would benefit from a casino resort as a way of drawing in more national and international visitors

“It is important to leave this hypocrisy [surrounding attitudes to gambling] to one side and to begin to see the potential of this activity as a way of generating revenue for both the states and municipalities,” Bezerra said.

Writing in an op-ed in published in newspaper O Globo, Crivella contended that the approval of casino legislation in the National Congress would open the door for “the construction of a tourist complex” in Rio’s Porto Maravilha area.

He added that if the government was to grant permission for a single IR in Rio de Janeiro, the property could act as a “test-lab” to fine-tune regulation prior to the introduction of further licences.

The idea of legalising casino gaming independently from other gambling sectors is gaining ground in the legislature. Deputy Paulo Azi recently presented a new bill, PL 530/19, in Brazil’s Chamber of Deputies which aims to legalise up to 32 casino resorts in the country.

“The vast majority of the population is in favour [of the legalisation of casinos], because they know that it will generate employment …along with revenue for the public coffers,” Azi affirmed.

Azi’s bill has now been put on the same legislative track as PL 442/91 which has been waiting for a vote by a plenary of the house since August 2016.

“Both bills now are part of the same legislative process. As such, the rapporteur will have to present a single report suggesting the approval or rejection of each bill, or proposing a substitutive bill to replace all others,” explained Luiz Felipe Maia, founding partner at FYMSA Advogados.